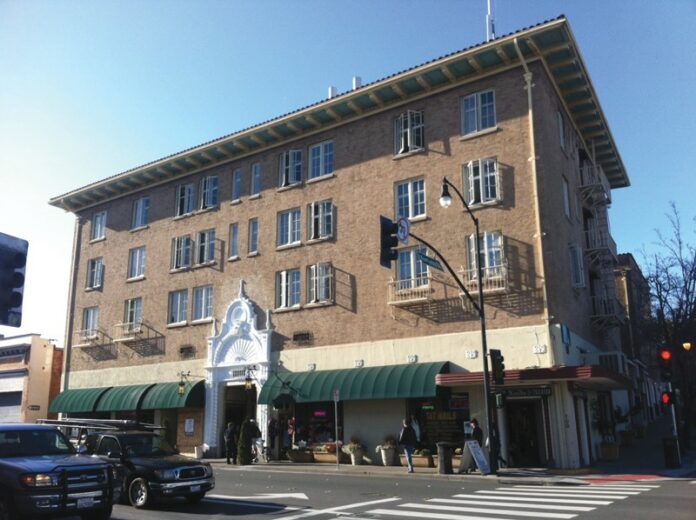 Depending on whom you ask, the Hotel Petaluma has either been an important safety net for residents on fixed incomes or a flophouse for drug users and ne’er-do-wells. But last week, the building’s new owner, Terry Andrews, decided it would be neither. Residents received 30-day eviction notices, with some of the longer-term residents allowed to stay until April 15.

Andrews’ plan is to refurbish the building, built in 1923, to its former glory, and reopen it as a nightly hotel charging $65–$90 a night. (For many rooms, the bathroom is down the hall.) The city will stand to gain hotel tax, while some note, correctly, that downtown Petaluma could use more hotel rooms.

Others are not so swayed. “There are people here who are handicapped and have been here for 10 years, 15 years, and they have to leave,” says resident Mark Perdue. “There’re gonna be a lot of homeless people in a couple months outside in the streets of Petaluma.”

Street-level retail owners are worried, too. Vinh Pham, 46, has operated T&T Nail Salon on the ground level of the hotel on East Washington Street for 12 years. Pham reports that last week, Andrews came to the salon and announced his intention to let the salon’s lease expire next year. “He decided we would not continue in this place,” Vinh says. “He said he wanted a coffee shop or a sandwich shop instead.”

In December, after he increased tenants’ rents, Andrews told the Press Democrat, “We’re not throwing people out.” Last week, the hotel’s smashed office windows were boarded up, causing speculation that perhaps someone had retaliated against Andrews for going back on those words.