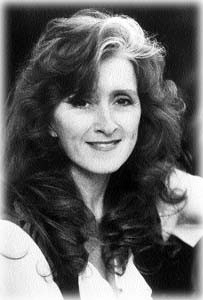 Rockers rally to save the redwoods

CALL IT A LAST REQUEST. Shortly before her March 2 death from cancer, Earth First! activist Judi Bari–seriously injured, along with fellow activist Darryl Cherney, in a mysterious 1990 car bomb blast–called for 10,000 demonstrators to make the trek this year to the gates of Pacific Lumber headquarters in Humboldt County to demand the preservation of the Headwaters Forest, a 3,000-acre grove of virgin redwoods.

“In order to achieve that goal,” says Cherney, founder and project coordinator for Environmentally Sound Promotions, “we felt that a series of Northern California concerts would help get the word out.”

So far, so good. The announcement last week that pop star Bonnie Raitt, ex­Grateful Dead guitarist Bob Weir and bassist Rob Wasserman, and rocker Graham Nash will perform three shows–including a sold out Sept. 8 concert at the Luther Burbank Center in Santa Rosa–to benefit the Coalition to Save Headwaters Forest has attracted a lot of attention.

This is the second annual Forest Aid concert. Last year, Weir and his Rat Dog band headlined a single show in Eureka. His participation is just the latest in a long-standing commitment to the environment. In the late ’80s, the Grateful Dead worked through the United Nations to raise awareness about endangered South American rain forests. Also Weir authored a 1990 children’s book, Panther Dreams, that describes the plight of indigenous people living in that region.

In the past, Bonnie Raitt, a part-time Mendocino County resident, has performed benefits for the Headwaters Forest coalition. Last year, she was arrested during a demonstration outside Pacific Lumber headquarters in Carlotta. “In a sense, the redwoods are her home ecosystem,” says Cherney.

The main thrust of the concerts is to focus on the lingering threat to the Headwaters grove. A year ago, federal and state negotiators cut a deal with Pacific Lumber to trade the grove for cash and public properties. That tentative deal has fallen by the wayside, as Maxxam–the Pacific Lumber parent company bought by financier Charles Hurwitz with junk bonds–pushes for a larger cash offer. Environmentalists instead support a “debt-for-nature” swap, writing off part of a $1.6 billion debt incurred by Hurwitz in a failed S&L deal in exchange for Headwaters.

Last year, about 8,000 protesters demonstrated their support for that plan. Of those, 1,033 were arrested in the largest single display of non-violent civil disobedience in Northern California history.

“Despite the fact that the company wants to sell, environmentalists want to preserve it, and both Democrats and Republicans support the preservation of the Headwaters Forest, the government has been completely inept at achieving that protection,” says Cherney. “It seems like the only voice that’s going to be heard is that of the people. The more voices we bring to Headwaters, the louder that message will be.”

Tickets are still available for the Forest Aid concerts on Saturday, Sept. 6, at the Sacramento Community Theater, and Sunday, Sept. 7, at the Santa Cruz Civic Auditorium. For tickets, call 546-BASS. For rally information, call 510/835-6303.