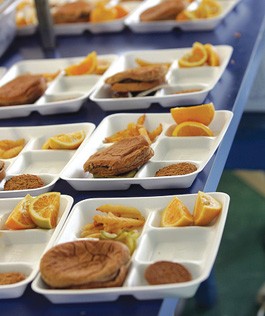 Rarely in our history have food politics so dominated the national spotlight. Two food-related bills have been circling around D.C., with more eyes than ever watching the progress.

Senate bill 510, the so-called food safety bill, passed the Senate Nov. 30 with a level of bipartisan agreement rarely seen of late. Even so, the bill, en route to Obama’s desk, was taken hostage by a congressional contingent sworn to prevent any bills from passing until tax cuts for the wealthy were extended. Now, due to the discovery of a procedural error, they’re poised to send the bill back for more processing, followed by another round of debate that many fear will kill the bill.

Meanwhile, the food safety bill’s little brother, the so-called school lunch bill, was signed by Obama this week. Yet after years of wrangling, the bill is a mere ghost of what was originally proposed. “Two years ago we started out very idealistic,” says Dr. Susan Rubin, who teamed up with Slow Food USA to get the bill passed. “We wanted a dollar more per day, per kid, in funding, because that’s what we thought it would cost to feed kids properly. And now we’re celebrating an increase of six cents.”

While it’s a smaller increase than hoped for, it’s still a bigger increase than school kitchens have had in more than 60 years. The school lunch bill also calls for an update of the nutrition standards used to create meals funded by the school lunch program. “Right now, for example, USDA standards don’t promote whole grains. You can be sure the new standards will,” one optimistic school nutrition professional told me.

But despite the bill’s bipartisan support for fresh water, nutrition education and farm-to-school pilot projects, Fox News has spent the last few months harassing the bill with fabricated concerns that it “could ban bake sales at schools.”

What the bill does do is state that bake sales and fundraisers could fall under regulation if they become so frequent that a significant portion of students’ calories are coming from such foods, a point that Agriculture Secretary Tom Vilsack went to pains to make in a widely circulated letter. Nonetheless, days later Fox & Friends co-hosts kept the “bake sale ban” narrative going, and Sarah Palin chimed in, via Twitter, criticizing the “school cooking ban.”

Of course, the ones who rake in the most money on school fundraisers, from the Girl Scouts to the Association of Fund-Raising Distributors and Suppliers, have publicly supported the bill. Using the manufactured bake sale issue to try and kill a bill that aims to provide better nutrition to children is truly the height of cynicism.