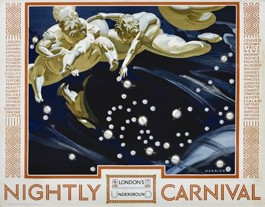 Presenting somebody with an e-reader satisfies the basic ritual impulse, but how does one give an e-book? A gift card for Amazon, an account at Barnes & Noble, a login at Google’s new book-retailing project? These immaterial manifestations of books can’t really be wrapped in showy paper and colorful ribbons. They don’t come with the excitement of revelation. It’s more like, “Oh, look, you got me a $15 credit to download a bestseller of my choice if I ever remember to get around to it.”

The holidays are still the time when only an old-fashioned solid chunk of the bookmaker’s art will suffice. Now is the season to seek out beautiful coffee-table extravagances and weighty tomes worth both displaying and reading.

The publishing landmark of the season is volume one of the authorized version of the ‘Autobiography of Mark Twain’ (UC Press; $34.95). Near the end of his life, Twain hit upon an idiosyncratic approach to his memoirs: he dictated on the fly as times past flitted across his consciousness. Untethered to chronology, Twain indulged his taste in asides about news and politics while dredging up marvelous anecdotes from his seemingly inexhaustible memory banks. As he writes, “Here we have diary and history combined; because as soon as I wander from the present text—the thought of to-day—that digression takes me far and wide over an uncharted sea of recollection.”

Twain famously warned that these remembrances should be left unpublished for a century in order to avoid scandal and embarrassment on the part of his subjects. It’s taken decades just to piece together the voluminous papers he left behind, and the result is salty and imminently readable. His observation on the veneration of the rapacious railroad capitalist Jay Gould is as relevant in today’s second Gilded Age as in the first: “Jay Gould was the mightiest disaster which has ever befallen this country. The people had desired money before his day, but he taught them to fall down and worship it.”

The success of Unstoppable and the ongoing debate about the route of high-speed rail down the spine of California reinforce the verity that some of the best gift books are aimed squarely at the rail fan. The 178-page ‘Art for All: British Posters for Transport’ (Yale University Press; $50), edited by Teri J. Edelstein, looks at the particular fertile subset of the field of railroad advertising, which makes it both train book and art book. Starting in 1908 with the British Underground and expanding in the 1920s to the national rail, the English created a vast number of gorgeous posters aimed at both informing and enticing readership. One of the best examples is Harry Beck’s justifiably famous schematic of the London underground system and its many stops, a perfect example of how to supply a surfeit of vital information with graphic simplicity.

The grittier side of railroading can be seen in ‘Railroad Noir: The American West at the End of the Twentieth Century’ (Indiana University Press; $39.95), by Linda Grant Niemann with photographs by Joel Jensen. Niemann was one of the first women hired to work as a “brakeman/switchman,” back in 1979, with the Southern Pacific at the Watsonville Junction. She has followed the rails ever since, and her essays focus with insight and novelistic detail on the hard lives and hard times of rail workers. Across 152 pages, Jensen’s moody photographs (in both black-and-white and color) capture the loneliness of switching yards, freight barns, bars and motels in the back of nowhere. One evocative shot captures a silhouetted freight train passing in the distance, framed by the haphazard coils of a barbed-wire fence somewhere in the far reaches of Montana. The Orient Express it’s not.

At 224 pages, Derek Hayes’ extra-large ‘Historical Atlas of the North American Railroad’ (UC Press; $39.95) contains an extensive treasure trove not just of maps but also of photographs, handbills, timetables and brochures illustrating the entire breadth of railroading from Col. John Stevens’ “steam wagon” and the Baltimore & Ohio’s Tom Thumb engine to the eel-nosed Acela trains that work the Northeast corridor today. The many route maps show how rail lines colonized the country, and advertising materials from the heyday of the streamliners with romantic names like the Zephyr, the Hiawatha and the 20th Century Limited are enough to make a modern commuter weep nostalgic tears.

The pricey ‘Book of Shells: A Life-Size Guide to Identifying and Classifying Six Hundred Seashells’ by M. G. Harasewych and Fabio Moretzsohn (University of Chicago Press; $55) can be justified as a study guide for a budding conchologist. But the 656-page book is also a work of art full of sensual visual pleasures. Each page is devoted to a single shell, shown in full color at both actual size and enlarged, along with a habitat map and brief description. The sheer variety of spirals, scallops, spots and striations dazzles the eye; the melanoid abyssal snail is a drop-dead natural take on the Tower of Babel, while the bloodstained dove shell (the names are every bit as arresting as the shapes) is a sea-floor night crawler with an ear-shaped, deep sherbet-orange outer lip.

Galen Rowell photographed the natural world on a grand scale for decades. Eschewing the sometimes stark black-and-white of Ansel Adams, Rowell, who died in 2002, sought the essence of mountain ranges and high valleys in full color. ‘Galen Rowell’s Sierra Nevada’ (Sierra Club Books; $29.95) gathers together 112 pages’ worth of his finest work in the Range of Light. At times, Rowell’s indulgence in florid lighting (such as the vermillion sky in Stormy Sunset Over Evolution Lake) goes overboard, but he was also capable of subtler effects, as in the plays of weathered surfaces seen close-up in Boulder Trapped in Whitebark Pine Roots, which is worthy of Edward Weston. An adventure climber as well as a photographer, Rowell is seen in a picture in the introduction clinging to a sheer defile above Yosemite Falls—hanging on with one hand and holding his 35mm camera with the other.