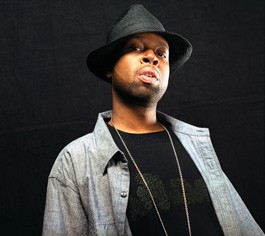 Will the cult of J. Dilla's vision ever cool out?

Most musician’s deaths are big before they are small. When Michael Jackson died last year, you’d think the entire earth had been hit by an 8.3 quake on the Richter scale before settling down. Now, he’s a prerecorded hologram at the Grammys, a translucent reminder of fame’s fade. But when hip-hop producer James Yancey, aka J. Dilla, died of a rare blood disease in 2004, the effect reversed. Hip-hop blogs mourned and Pitchfork gave Dilla a news item, but that was about it. Little could anyone have predicted the great ascension of the skinny little Detroit beat maker to hip-hop giant in a seemingly never-ending posthumous reassessment of his pioneering work.

“I think that people are all of a sudden realizing his past body of work,” says local producer Jason the Argonaut, “and all that he’s done, and how much of a loss it is, really.” He and three other DJs—BigJohnStudd, Capsize and J-Riggs—host a tribute to the late producer this Saturday in Sebastopol, a microcosm of nationwide honors that’ve transformed Dilla into the John Coltrane of the indie hip-hop scene.

The Pharcyde’s Labcabincalifornia. Q-Tip’s Amplified. Common’s Like Water for Chocolate. A Tribe Called Quest’s Beats, Rhymes and Life. These were all sternly divisive albums upon their release, and all Dilla productions. That the hip-hop world eventually came around to their aesthetic was a redemption Dilla got to see in his lifetime, as reigning trends in production favored a more complex, smoothed-out shift.

First-time Dilla listeners are usually thrown off by his beats—the snare drum, in particular, is generally a skosh off-beat, and the bass drum pattern rarely repeats. “What they are, they’re really deep kicks that aren’t necessarily on a 4/4 rhythm,” Jason says. “They might be on a 4/3, a different time signature that isn’t standard in your normal boom-crack, boom-crack. And they were also, like, really dumpy. They really hit hard, but they were over smooth, jazzy beats.”

Since many Dilla productions were recorded under umbrella groups or pseudonyms—the Ummah, the Soulquarians—the extent of his catalogue is still trickling out, often for use by Mos Def, Q-Tip or Jay Electronica. And Dilla’s unreleased material is a Wonka factory that beatheads dream about and current producers incessantly try to mimic. “It’s funny,” Jason says, “’cause are you carrying the J. Dilla torch, or are you just bitin’ the shit? Everybody’s got their J. Dilla beat they make now. I battle with it. Just ’cause you make a beat that sounds like J. Dilla doesn’t mean you’re carrying on his legacy.”