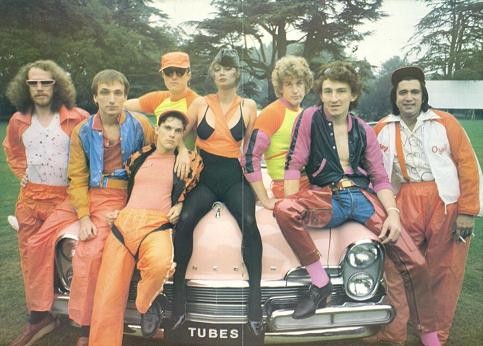 Dec. 28 and Dec. 31: The Tubes at the River Theater and George’s Nightclub

The closest I ever came to having a famous friend when I was four years old and living as a wild child on Kauai. There, I found a kindred spirit in a little girl around my age by the name of Sparrow. We’d gallivant around, without any parental supervision, doing whatever it is that pre-school age kids did on the islands in 1977. Years later, I found out Sparrow’s dad was David Killingsworth, who replaced Fee Waybill as the lead singer for the Tubes for a short while in the ‘70s. Best known for their early ‘80s hit “She’s a Beauty,” as well as elaborate and controversial stage shows, the band is still around (sans Killingsworth) and hits up Guerneville this week. They play with Virgil Shaw and Pollo Enfermo on Friday, Dec. 28, at the River Theater (16135 Main St., Guerneville; 8pm; $25; 707.869. 8022) and Monday, Dec. 31, at George’s (842 Fourth St., San Rafael; 9:30pm; $55—$65; 415.226.0262).