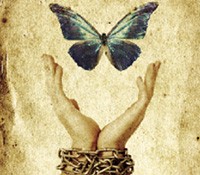 Lock and key: Conjugal visits and family time are shown to dramatically decrease recidivism in inmates. Nonetheless, such privileges are on the decline.

Stripped of all rights during confinement, prisoners have long suffered under the doctrine of “civil death.” Epic struggles for humane treatment in places like Attica and San Quentin prisons did, at one time, coalesce with the larger Civil Rights movement. In fact, over the course of eight years, beginning in 1968, California broke from precedent and codified an inmate’s bill of rights. By the 1980s, before these liberties had a chance to take full effect, a tidal wave of tough-on-crime measures led the opposite way, resulting in an unparalleled prison-building boom, heavy-handed sentencing measures and an eventual repeal of the innovative treatise.

From all these steps backward, prison families lost the most. Even though the state still officially recognizes what it terms “the value of visiting as a means to establish and maintain meaningful family and community relationships,” the actions of corrections officials throughout the state would suggest otherwise.

Clyde T. Gambles Jr. is a married father of two. Serving a 15-year sentence at the California Correctional Center in Susanville (CCC) for second-degree robbery committed in Solano County, Gambles maintains his family bonds through collect phone calls, letters and the occasional visit. “Currently, I’m not eligible for family visiting,” the 28-year-old says, explaining that this revision in his rights is linked to a 1997 misdemeanor conviction for sex with a minor. “I was 18 and a senior in high school,” he shrugs. “She was a 15-year-old in 10th grade.”

In-prison visits, particularly conjugal visits, are one of the few programs known to lower inmates’ rate of recidivism. While technically still in existence, only a fraction of California’s 173,000 inmates qualify for visiting rights under the numerous–and growing–revisions to this privilege.

“My family and I participated in the family-visiting program for a whole year before I was prohibited from participating and placed on close custody on 2002,” Gambles explains. In addition to having his freedom even more restricted, he’s now also denied contact with minors, including his children. By no means the exception, Gambles believes that the “system is designed to tear families apart.”

Though the California Department of Corrections and Rehabilitation (CDCR) claims to recognize the value of fellowship, including trying to house prisoners close to their homes, most prisoners end up in facilities hundreds of miles away from any close contact.

For Raymond Shipley, whose wife regularly drives 600 miles from their home in Los Angeles to his placement in Susanville, maintaining a relationship is plagued with innumerable impediments. Serving a sentence of 15 years, Shipley has been placed on “close custody” like Gambles. This classification level is a primary exclusion that bars long-term and life inmates from visitor eligibility. With a 2010 release date incurred for his multiple counts of shooting at an occupied building, and ineligible for conjugal visits until 2008, the 26-year-old Shipley covets any and all contact with his wife.

“The six-and-one-half-hour visit with my wife is my whole life, and every time the guards ruin it, the pain is excruciating,” Shipley says, adding that he loathes having guards hovering over him like insolent chaperones. “The state is the antithesis of close family ties. They do everything in their power to hinder our relationships at every given opportunity.”

Of course, regular visits are better than nothing. Having moved from the North Bay to Reno, about a hundred miles east of Susanville, Gambles’ wife is able to come see him two or three weekends a month. Such a commitment comes at a huge sacrifice. Relocating is not an option for Shipley’s wife, who works and goes to college full-time. She pays for the expensive collect calls and foots the bill for the gas, lodging and other miscellaneous expenses incurred when going to see her husband, a privilege that might be revoked at a moment’s notice.

Numerous racial incidents at the CCC, mostly involving white inmates, have prompted the prison’s administration to totally sequester the wards. “There are no visits if your race is locked down,” says Shipley. “Some prisons are slammed for months, if not years, before an inmate has the opportunity to see his family again.

“Currently, we’re locked down, and there is no end in sight.”

Blanket reprisals against an entire ethnic group is how California prison officials regularly address, not solve, racial unrest. As the most violent, intolerant and gang-infested incarceration system in the country, California’s segregated prison system is distinguished by institutional inequality. Under such a policy, loved ones of well-behaved inmates suffer enormous anguish and frustration. Shipley’s wife wrote in a recent letter to him, “I really would love to just be able to talk to you. It kills me not to know when I will be able to kiss you again. I am beyond tired of this nonsense.”

Severed family ties are not limited to married inmates. Erik Wick, a white inmate also on indefinite lockdown, is a regular in the prison’s visitor program. His parents live in Reno, but, as in Shipley’s case, he’s been denied all contact with family for most of the year.

Incarcerated since 1989 for two counts of first-degree murder, the 38-year-old Wick remembers when the push began that eventually suspended the inmates’ civil liberties. “Part of the ‘tough on crime’ movement of the 1990s was to take family visiting away from lifers,” he explains. “From a rehabilitative standpoint, the one prison demographic that desperately needs to maintain close family ties are the lifers.”

Eligible for parole in 2013, Wick continues, “The state’s policies in fact impede inmates’ attempts to maintain relationships. Visiting days have been cut from five to two days a week. Since visiting is now a privilege, the CDCR has no statutory obligation to provide it–and indeed, takes away and impedes visits frequently.”

In fact, CCC administrators take one of the hardest lines on visiting of any prison in the state by totally denying all locked-down inmates any visiting privileges. “When the CDCR makes a policy of locking down an entire race at a particular facility, the vast majority of those inmates are in fact losing their visits for others’ wrongdoing,” says Wick. “I thought we left that ugliness in the last century.”

Serving a life sentence for a nonviolent drug conviction under the ‘three strikes’ law, writer Eugene Dey is an inmate under lockdown at the California Correctional Center in Susanville. His memoir, ‘A Three-Strikes Sojourn,’ received a 2006 honorable mention from the PEN American Center.