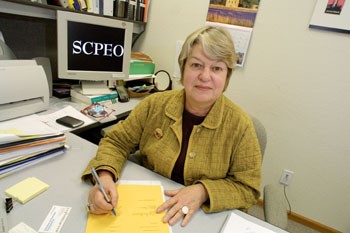 As the season of giving approaches, local charities are bracing for a potentially serious reduction in donations during what is traditionally their most productive time. The unprecedented outpouring of contributions to support victims of the Sept. 11 terrorist attacks on the East Coast–an estimated $600 million has been raised for disaster relief nationwide–is putting a myriad of North Bay causes in jeopardy.

Some say donations are drying up.

This “9-11 effect,” coupled with the accelerated downturn in the economy in recent months, could deal a powerful blow to those already seeking assistance.

Maureen Shaw, executive director of Catholic Charities of the Diocese of Santa Rosa, says her organization’s homeless shelter is currently full. But the group’s coffers are not. “From the perspective of the September 11 tragedy, we’ve noted a reduction, not in the size, but in the number of gifts,” she explains. “It’s about a 15 percent decrease over last year.”

Still, Shaw says she is cautiously optimistic that Catholic Charities, a multiservice organization with 25 different programs serving the needy in six counties throughout the Redwood Empire, can continue to garner financial support. But she admits that the economic slowdown is “frightening” and could cause a trickle-down effect, creating more homelessness.

Helga Lemke, executive director of Sonoma County People for Economic Opportunity, says it’s still too early in the holiday season to accurately gauge donations, but she is definitely concerned.

Those most immediately affected were charities engaged in pledge drives when the attacks hit. “We sent out an appeal just before September 11 and got very little response,” Lemke recalls. “I guess it was understandable because everyone’s minds were elsewhere. But clearly the combination of the economic slump and the fact that people have been very generous on behalf of the needs of New York may have some impact.”

SCPEO runs a variety of housing, health, and youth programs, including Head Start. Lemke adds that lots of local families are hurting financially and that many individuals have suffered layoffs, which in turn is making it harder for charities to snag corporate donations that used to be a slam dunk.

David Goodman, executive director of the Redwood Empire Food Bank, a local hunger relief organization, agrees. “It’s a bit more challenging for corporations to justify layoffs and then give to charities,” he explains.

Goodman subscribes to the theory that the real culprit is not the terrorist attacks. “A lot of nonprofits have attached the current challenge to September 11, but it’s much more about the economy than about September 11,” he comments, adding that the REFB does most of its fundraising in the holiday season. Had the attacks happened Nov. 11, he says, the organization would have been in dire straits.

“It’s always challenging to fundraise and do the work we do,” he concludes. “We stretch and pull to make ends meet every year.”

Meanwhile, Lemke believes the tragedy may help revive a tradition of philanthropy. “The biggest message we can take from September 11 is that the ensuing response shows how generous we can be,” she says. “I hope people are now reaffirming their priorities and will continue to be generous.”