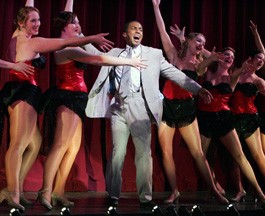 When Clare Booth Luce’s comedy-drama The Women opened on Broadway in the final days of 1936, the play, about the rocky love lives of several upper-class NYC socialites, was seen as shockingly, inappropriately modern. The show became a huge and scandalous success, with its casual dropping of such previously forbidden words as “sex,” “impotence,” “pregnancy” and (gasp!) “divorce,” and its inside look into the 1930s mechanics of marriage, mistress-keeping and marriage dissolution. (In those days, the quickest place to get a divorce was Reno, Nev., which became a kind of vacation refuge for jilted women waiting for the papers to be filed.) To modern audiences, Booth’s script will surely sound dated and museum-like, though the basic issues of security, abandonment, betrayal and love have certainly not gone out of style. Soon to be released in an updated film version starring Meg Ryan, Annette Bening and Eva Mendez (the 1939 Joan Crawford and Rosalind Russell version is considered a pre-feminist classic), The Women can be seen in its original form as part of the current Summer Repertory Theater season at Santa Rosa Junior College.

Directed by Luke Yankee, SRT’s lean, emotionally balanced production is being staged on the smallish Newman Auditorium stage, a perfect choice for a play that basically takes place in a series of shops and living rooms.Mary Haines (Rebecca Mason-Wygal, excellent in a difficult role) is a happily married mother who learns that her wealthy husband is having an affair with a gold-digging shop girl (Sara Hogrefe). Her scandal-addicted friends, led by gossip queen Sylvia Fowler (Julia Goretsky), know about the betrayal long before she does, and it is Mary’s eventual redefinition of her relationship to these “friends” and her gradual awakening as a power-packed woman that forms the dramatic spine of the play.

The comedy, and there is a feast of it, comes mainly in the language. Booth, a journalist and congresswoman, had a knack for bitchy-snarky, as when one woman observes, “I think it’s in bad taste for a man to try and mate his wife’s friends—especially when they’re bald and fat.” Though clearly a product of its day, there is much about The Women that remains spot-on, and with its hard-working, all-female cast, this production keeps it all fresh, frisky and funny.

From the old to the new. With Mel Brooks’ Producers, directed and choreographed by Amanda Folena, SRT continues its parade of big Broadway hits making their North Bay debut. Brooks’ 1968 movie of the same name follows an unscrupulous Broadway producer and a neurotic bookkeeper attempting to cash in on their investments by staging an enormous flop. The stage musical version takes the original story and uses it to parody Broadway musical conventions, to giddy, goofy effect.When producer Max Bialystock (William McNeill, the multitalented SRT mainstay last seen in Beauty and the Beast and The Man Who Came to Dinner) and accountant Leo Bloom (a superb Nathan C. Crocker) realize that money can be made from producing a flop—merely by promising all of your investors 50 percent of the profits—they start looking for the worst script ever written. They find it.Springtime for Hitler, written by the crazed, Hitler-worshipping Nazi holdout Franz Liebkind (Tyler Seiple), is an unproducible mess, an offensive white-washing of Hitler’s rise to power written as a light-hearted comedy. Sensing a show so bad it will close on opening night, Bialystock and Bloom hire the worst director in the business, the outrageously gay, taste-challenged Roger De Bris (Jacob Mahler, making a radical shift from the imperious Governor Danforth in SRT’s currently running Crucible). Much of the second act deals with the haphazard preparations for opening night.

Throughout are a string of hilariously tasteless, over-the-top production numbers, from Crocker’s crowd-pleasing “I Wanna Be a Producer” to the spirited theater-insider anthems “Keep It Gay” and “You Never Say Good Luck on Opening Night,” to the side-splitting badness of “Springtime for Hitler,” performed with tap-dancing Aryan youth and a massive swastika in bright pin-wheeling lights.

The heart of The Producers is the evolving friendship between Bialystock and Bloom, each lending the other some strength or bit of humanity they had previously lacked. It is part of this production’s success that, thanks to Folena, Crocker and McNeill, there is an enduring sweetness that remains among all that inspired madness.

Queen of the Fright