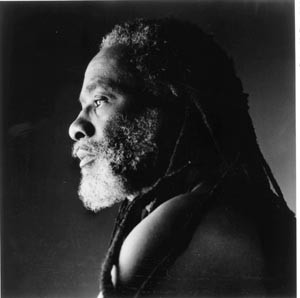 That’s like comparing brain-numbing Jamaican ganja to the cheap ragweed that sprouts wild along Midwestern railroad tracks, the remnants of the marijuana seed that used to tumble from freight cars loaded with cheap parakeet feed.

Context, children–sure, everybody and their mother, from Sting to Gwen Stefani and No Doubt, have milked Jamaican music for all its worth.

But there was a time when that music used to mean more than another chance to bastardize a great island sound and plunder deep cultural roots.

Jack Ruby Presents the Black Foundation (Heartbeat/Rounder), a newly compiled 17-song collection of Jamaican roots classics lives up to its hype as a musical journey through some of the greatest and most militant reggae music ever recorded.

The collection features timeless and vital hits by Burning Spear (including the rare singles version of the title track from his landmark 1975 album Marcus Garvey, one of the true classics of the genre and the seminal “rockers” release), Big Youth, the Heptones, Justin Hinds and the Dominoes, the Eagles (no, not the insipid Southern California rock group), the Black Survivors, and the Black Disciples, among others. The last-named supergroup featured such stalwart session players as bassists Robbie Shakespeare and Aston “Family Man” Barrett (of the Wailers), guitarist Earl “Chinna” Smith and Tony Chin, tenor saxophonist Tommy McCook (of the Skatalites), and trumpeter Bobby Ellis.

All the tracks share several things: they were produced by the legendary Jack Ruby (no, not the mob associate who blasted JFK assassin Lee Harvey Oswald), who was renowned for his trademark horn arrangements and lean, mysterious production; all were recorded for the Fox and Wolf labels, and several are heard here for the first time; and all are imbued with an abiding social and political consciousness that marked the best reggae of the ’60s and early ’70s.

WHILE MANY of these songs first saw the light of day on sound systems that gave birth to the DJ phenom and served as the inspiration for proto rappers, these are no mere dance-hall soundtracks. These powerful songs of slavery and rebellion, recorded in isolation at a time when American blacks were waging a pitched battle for civil rights, are deeply rooted in the repression of Jamaica–a fact that contributed directly to the spirit of their message.

For instance, Ruby often recorded Vinnie Taylor and the Revealers from a small studio in Port Maria, the principal town in the St. Mary’s parish, center of the famous 1760 slave rebellion known as Tacky’s war, in which 60 whites and 300 slaves were killed. The Revealers later became the Earth Last Messengers and eventually Jah Messengers, a vocal trio that brought their apocalyptic warnings about Babylon to dance floors in the ’90s.

That spirit of rebellion may have found its strongest voice in Burning Spear (a.k.a. Winston Rodney), the dreadlocked dervish whose mournful “Slavery Days” is included here. As Ruby told the British magazine Black Music in 1976, “There’s no roots singer down here that really maintain a standard like Burning Spear. The type of sound that Spear sing, as you listen the words it relate to black people, is black message. Any black man that know black history and listen to Spear got to take unto himself some truth.” *