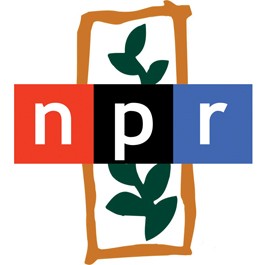 National Public Radio is presently under attack by listeners critical of a May 4 Marketplace report titled “The Non-Organic Future,” which featured an interview with Pedro Sanchez of Columbia University. Sanchez’s views mirror the corporate strategies of Monsanto for feeding the world—i.e., rejecting organic farming and heirloom crops in favor of large-scale agribusiness: fertilizers, pesticides and GMO crops.

Marketplace, a radio program produced by American Public Media for NPR stations, received corporate sponsorship from Monsanto for two years. APM spokesperson Bill Gray tells the Bohemian that “Monsanto has not been a sponsor of Marketplace since April of 2010.”

Yet outraged critics suspect a lingering Monsanto influence over Marketplace‘s seemingly pro-corporate report, which made no mention of a five-year study the United Nations published in 2009 called “The International Assessment of Agricultural Knowledge, Science and Technology for Development” (IAASTD). In the IAASTD, some 400 experts advised just the opposite for feeding the world—i.e., relying on smaller farms and old-fashioned sustainable farming practices.

The same year the IAASTD report was completed, environmental expert Heidi Siegelbaum on the American Public Media’s Marketplace website (June 26, 2009) wrote a post that anticipated Monsanto’s infiltration of NPR with greenwashing. Siegelbaum pointed out that Monsanto was already violating the FCC rules that “govern how underwriters are represented in sponsorship ads and acknowledgments.”

These rules, wrote Siegelbaum, are “not supposed to promote the company, products or services of a donor.” And yet the trusted voiceover from NPR recited, for two years, the following script: “Marketplace is supported by Monsanto, committed to sustainable agriculture, creating hybrid and biotech seeds designed to increase crop yield and conserve natural resources. Learn more at ProduceMoreConserveMore.com.”

Monsanto’s website claims a commitment to improving the lives of poor farmers. Yet let’s not forget the tragic outcome when GE seeds and pesticides were foisted upon poor farmers in India during times of drought. In 2005, PBS reported, “Suicide by pesticide is an epidemic in India, where farmers try to keep up with the latest pest-resistant seeds only to find themselves trapped in a vicious cycle of pesticides that don’t work, drought and debt. Since 1997, more than 25,000 farmers have committed suicide, many drinking the chemical that was supposed to make their crops more, not less, productive.”

The evidence is clear: the future of the world’s food crops is best directed by advice from the IAASTD, not from Monsanto.

Next ArticleAcross the Bridge: June 22-29