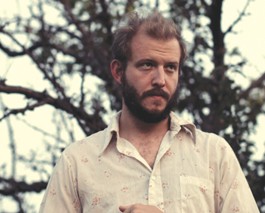 With the self-titled Bon Iver, Justin Vernon and company have made a delicate, clever, lush and sonically rich album to complement 2008’s breakout debut, For Emma, Forever Ago. Nine of the album’s 10 songs are nearly jaw-dropping and beautiful. And then it gets covered by a big can of Cheez Whiz.

For Emma was famously recorded in a remote cabin in Wisconsin during a winter hibernation. The process for this album was similar; recorded by Vernon himself with guests on pedal steel guitar and baritone sax, the album has a folksy feel. The songs are nostalgic, slightly sad and decisive, and the sonic space created with keyboard sounds and layers of vocal harmonies makes a New Americana type of sound.

It’s very pleasing until the last song, which I honestly thought was a joke. After a brief instrumental blips ‘n’ bleeps song (“Lisbon, OH”), “Beth-Rest” opens with John Tesh-y New Age piano and a Phil Collinsstyle drum loop. Then comes a Prince-esque delayed guitar solo and the cheesiest, most generic sax solo this side of KJZY. Pedal steel, flute and acoustic piano do nothing to salvage the mess.