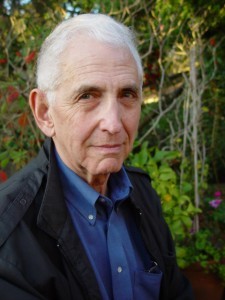 Whistleblowing is a courageous act. Just ask Chelsea Manning, who faces a sentence of 35 years in prison for supplying classified information in the Wikileaks case, or Edward Snowden, who can’t even set foot in his home country after leaking information about the NSA’s widespread spying program. Daniel Ellsberg, who famously leaked the Pentagon Papers, speaks this week at the Petaluma Progressive Festival in support of the two courageous Americans, along with Green Party presidential candidate Jill Stein, author and activist Norman Solomon and many others. The Progressive Festival gets serious on Sunday, Sept. 15, in Walnut Park. Petaluma Boulevard South at D Street, Petaluma. 12:30pm–5pm. Free. www.progressivefestival.org.

Mimicking attempts by newspapers around the country to begin charging for online content, the Press Democrat implemented a long-rumored paywall on its website last week. Readers will now be able to access only 15 free articles per month, after which a nominal $10 per month “digital subscription” will be enforced. (Existing print subscribers receive online access at no additional charge.) The New York Times, which owned the Press Democrat for 27 years until 2012, has been successful with a similar system in place for about six years, while the San Francisco Chronicle recently abandoned its online paywall after only four months. Workarounds to the paywall include utilizing simple advanced Google searches and being savvy with social media links, but it appears the Press Democrat hopes $10 per month is worth saving the extra keystrokes.