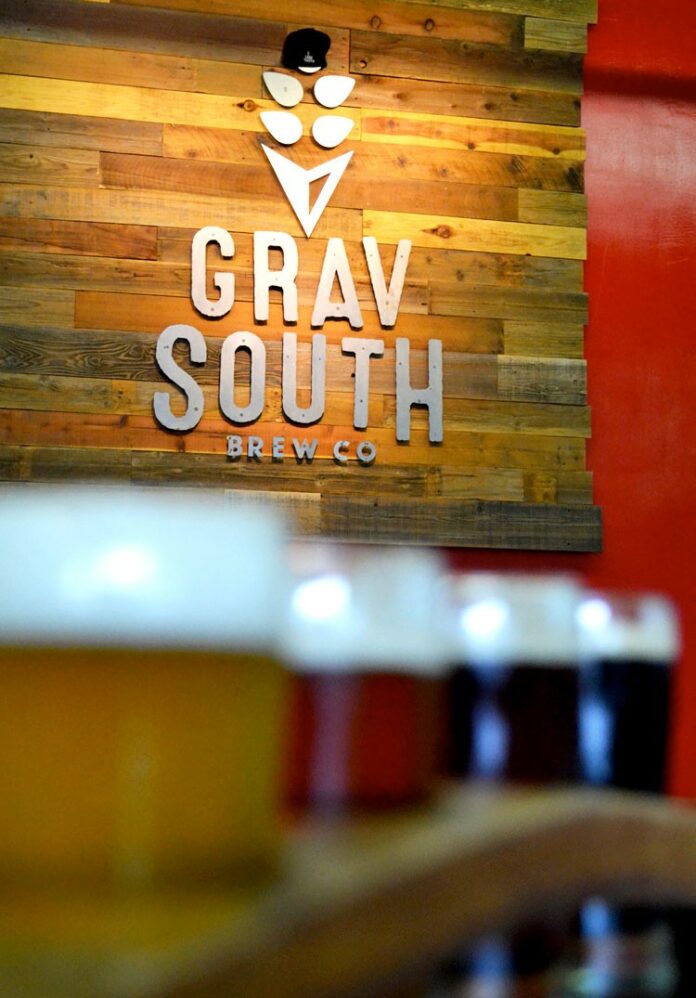 ‘How curious,” I say to myself, sniffing a four-ounce sampler of Azacca rye IPA at Grav South. “Another beer with that sweet, smoky hop profile!” That’s when I remember that the first thing I said when I sat down at the bar was “Say, what’s that sweet, smoky smell?”

It is not a revelatory aromatic experience I’m having with some smoky new hop variety, but the fact that smoke from slow-cooked pork on the patio out back has seeped into the cavernous tap room.

All but hidden in a corner of a battleship-gray strip mall, Grav South only recently won approval for signage out front, I’m told at the bar, and while it’s well that last call is called after the tactical paintball shop next door has closed, the city has enjoined them to shutter at 9pm, reportedly to avoid “the crawl.” News to me that there’s active bar crawl in this sector, until I remember that I’m not in Rohnert Park, but in Cotati. Again, is it the beer?

Good thing they’ve got a kitchen, albeit no deep fryer, ergo no fries. Smoked pork adds smoky meatiness to nachos ($8) and pork sliders ($10). Sandwiches, chili and cheesy rollups round out the menu, with vegan-option guacamole and chips, which I would have done well to have ordered, because even a sampler ($7) is having that winter warmer effect.

I must not be the beer geek I pretend to be, thoughtfully sniffing and scribbling in my notebook at the bar, because I don’t savvy why the 20×20 double IPA, at 8.6 percent ABV (alcohol by volume) and a century of IBU (international bittering units) is sweeter and more mild and less than double the strength of the dry, hoppy 7.6 percent and 85 IBU
7 Figure IPA.

But it’s beer of a lesser bittering unit that brings me here. If there’s a cloud in the sky bigger than a cotton ball, it’s not a tutti-frutti hop bomb I want, but a strong, malty Scotch ale, and Grav South’s version hits the spot, aye, captain. Though the molasses aroma and candy-apple flavor make me think of Aberlour single malt with a dark abbey ale chaser, the rich brew finishes cool and not too sweet.

A brewpub staple of ye olde 1990s, sweet, malty barley wine has since flagged in popularity, but Grav South’s American barley wine is a house favorite for its dry, not-so-winey, all-too-easy drinkability. Too olde-English style? Try the Irish red, due for a
St. Patrick’s Day release on March 17.