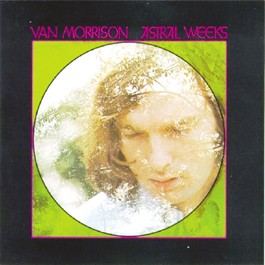 Forty years ago, as a teen, I saw Miles Davis impersonate an ancient horn player here, aiming his trumpet into the night sky.

Tonight, after the rain, I surprise myself by appearing under a floppy felt hat, not unlike Van’s— a baby boomer already boomed, with grown children and at least one life left behind.

It’s strange to be co-opted by corporate America on the campus at Berkeley, but, sure enough, I flash my Visa Signature card for a free seat cushion.

With cushion and Anchor Steam, I cruise the crowd. So many people, once raggedy-ass and roused at anti-war rallies, now affluent, carrying their cushions.

Before I settle into my hundred-dollar cheap seat, Van’s onstage. Seven-thirty on the dot, like he’s punching a time card.

At first, even with a fourteen-piece orchestra, he’s nothing more than his own warm-up band, banging out a forgettable ramble on the keyboard.

But pretty soon he’s segued into “It Stoned Me,” stoned me just like Jelly Roll , and an uptown “Moondance,” the horns miming in sleek, muted brass, a minimalist skyline.

When he slows it down for “I Can’t Stop Loving You,” the country classic becomes aching soul music, and I can’t help thinking that every one in the place is musing on the one they can’t stop loving.

Van was a pretty boy blond in a paisley shirt when he cut “Astral Weeks.” You marveled at his muscularity. Tonight, stout and leathery, obscure as ever, it’s the man’s tenderness that gets you.

At intermission they’re out of Anchor Steam. I climb the muddy hillside to the top of the theater. The moon is out. The wind is still. Just the slightest flutter of eucalyptus leaves.

Before I’m back on my cushion, the man opens up with “Astral Weeks.” The braided beauty of two acoustic guitars. If I ventured in the slipstream Between the viaducts of your dream . . .