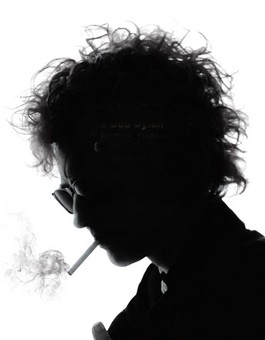 'I'm Not There' is a masterful palimpsest in six parts

Todd Haynes’ I’m Not There is a masterpiece of deconstruction—actually, it’s a masterpiece, period. It’s the culmination of ideas the director of Far from Heaven started years ago in his unauthorized Barbie-doll biography of Karen Carpenter, Superstar. Later, Haynes’ sometimes maddening Velvet Goldmine tried a dissection of the chameleon David Bowie, but he ended with nothing more substantial than a group of roman a clèf phantoms.

The third time is the charm. Haynes has a complex artist to admire, and a tremendously well-sifted song catalogue to pull from. I’m Not There’s starting point is the 1966 motorcycle accident that supposedly almost killed Dylan. A man like that, Kris Kristofferson’s narrator tells us, leaves more than one ghost.

Haynes must have a sweet spot for the Old West Dylan of John Wesley Harding and The Basement Tapes era. I’m Not There’s title comes from a rare and ethereal ballad, a bootleg song that didn’t make the official Basement Tapes release in 1975. Haynes erects a symbolist frontier village called Riddle, Mo. It’s a movie version of album-cover art, like walking right into The Basement Tapes cover with its broken accordion, greasepaint, carnies, belly dancer and fire-eater.

In this sequence, a grave and courtly Richard Gere plays Billy. He’s ruddy, bespectacled, like Dylan’s outlaw Alias in Sam Peckinpah’s Pat Garrett and Billy the Kid. A six-lane freeway is coming through town, just like the railroad displacing the small-town people in the old Westerns.

I’m Not There fights myth with myth, zeroing in on this vanishing-act artist. Whatever Dylan’s self-mythologizing means to Dylan is up to Dylan. It’s what the myths meant to us that Haynes mulls over.

In addition to Blanchett, Julianne Moore does such a deft Joan Baez character that the laughter bubbles up every time you see her, yet there’s not a trace of caricature or condescension on Moore’s part. The rugged-looking Charlotte Gainsbourg is called “Claire” in honor of ex-wife Sara Dylan’s own alias in Renaldo & Clara.

Prettiness isn’t Gainsbourg’s virtue—and who cares? prettiness is a small virtue—but she looks warm and alluring with false eyelashes and untidy hair. She brings in a bass-note of feminine solidity, carrying her man to temporary rest in a tangle of limbs during the song “I Want You.”

Haynes telescopes the various editions of Dylan so well that there’s not a single mixed metaphor in the film. This tour de force of music-love coalesces on one image: the real Dylan at his most angelic, his face invisible in a nimbus of spotlight, playing the waxing, waning, so sad, so sweet, blues-harp solo in the live version of “Mr. Tambourine Man.”

Throughout, Haynes insists that Vietnam was essential to Dylan’s run for cover. Yet by not slamming home the parallels between 1968 and 2007, Haynes matches the two eras better than any fiction filmmaker has yet. Dylan’s songs were right for that terrible age of violence, confusion, rudderlessness and loss. And so they are for ours.