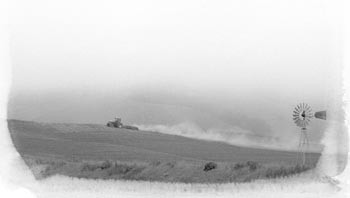 Behind the big lie, and other North Bay issues. Plus select endorsements for local races

DULLSVILLE. That’s how most North Bay residents wrongly view the upcoming general election. Indeed, the local races, for the most part, are a snorefest compared to last spring’s heated primaries. At that time, Sonoma County voters were treated to a knock-down drag-out fight between county Supervisor Tim Smith (amid allegations that Smith used campaign funds to purchase perfume and panties at Victoria’s Secret for his secretary) and Santa Rosa City Councilmember Noreen Evans; the bitter judicial battle worthy of MTV’s Celebrity Deathmatch.; and don’t forget the last-minute withdrawal of Sonoma County Conservation Action’s endorsement of golden boy Joe Nation because Nation (a member of the Marin Municipal Water District board of trustees) supports pro-development water policies.

This time around: No dirty laundry hanging at the Board of Supervisors’ chambers (silky or otherwise), no judicial jugular assaults, and as for Joe Nation, well, he’s amassed a huge $300,000 war chest in his quest for power.

At the Polls: The Bohemian’s select endorsements.

But the most important decision on Nov. 7 is the future of North Bay sprawl and protection of the environment. That’s especially true in Sonoma County, where Marin land-use policies–or more precisely, the lack of usable land in Marin–has led to a northward exodus of workers and businesses, squeezing environmental resources and pressuring Sonoma County communities to transform pristine farmlands into acres of suburban cul-de-sacs.

And that leads us to the most important question: Will you fall for the big lie being propagated by opponents of Measure I?

If approved, Measure I–or the so-called Rural Heritage Initiative–would require voter approval for the next 30 years of any amendment to the Sonoma County General Plan calling for significant development of agricultural land.

Proponents of the initiative–the most contentious issue on the current North Bay political landscape–point out rightly that the measure supports urban growth boundaries passed by an overwhelming majority of voters in several Sonoma County municipalities and enforced in unincorporated areas of the county adjacent to those cities. The RHI also supports the goal of compact, city-centered development, where services are most efficiently available and mass transit is most readily accessible.

The RHI is modeled after a similar initiative–Measure J–adopted 10 years ago by Napa County voters. That measure effectively helped preserve Napa County agriculture by halting the construction of a mega-resort and major housing subdivisions of 100 or more units. Measure J proved that a region can retain its natural heritage while accommodating growth.

The RHI can achieve the same goal.

It has the support of every major environmental organization–including the Sierra Club (both the Sonoma and the Napa County chapters) and Greenbelt Alliance–as well as west county Supervisor Mike Reilly and environment-friendly city councilmembers from five communities throughout the county.

The initiative would help save open space that contributes to the scenic beauty of the county and helps draw tourists to the region to the tune of nearly $1 billion a year. It would help protect the county’s agricultural heritage–which contributes $3 billion to the local economy, one-fifth of the region’s overall economy–and would help forestall the kind of nearly unchecked sprawl that has marred Silicon Valley. Proponents emphasize that the Sonoma County Agricultural Preservation and Open Space District estimates that 60 percent of land in the county is at risk from urban sprawl and that growth pressures could overwhelm Sonoma County within the next 30 years.

At the same time, the initiative accommodates steady growth and housing needs for all economic sectors of the county by requiring that future growth be focused within city limits as intended under UGBs approved by voters in Santa Rosa, Sebastopol, Petaluma, Healdsburg, Windsor, and Cotati. On Nov. 7, voters in Rohnert Park (which already approved a limited UGB) and Sonoma will decide on new UGBs.

Opponents of the initiative–which include the politically powerful Farm Bureau (which fought Measure J in Napa County) and some of the wine industry’s biggest and most aggressive agribusinesses–are running a well-funded and deceptive campaign charging that the initiative would be bad for farms and eliminate new parks. Actually, the initiative would protect farmlands for future generations–especially the precarious dairy industry–and it makes allowance for new parks as well as fire, police, and other public service facilities.

One of the loudest opponents of the initiative is the Press Democrat, the Santa Rosa-based daily that relies heavily on real estate advertising and often serves as the mouth organ for the development community.

The paper’s Oct. 15 endorsement of RHI opponents is little more than a hollow defense of speculators and future developers posing as farmers. The PD arguments can be characterized as fear of the unknown, sowing fear, uncertainty, and doubt about unspecified “unintended consequences” (repeated four times in the editorial) and “ambiguities” (read the text of the measure–it’s clear enough); attacking the authors, their competence, process, and motives, especially the supposedly “poor preparation,” and regurgitating the oft-cited complaint that the RHI was “written by a San Francisco law firm” without any input from farmers in a fashion intended to create “full employment for lawyers,” always an easy mark; and claiming that the measure is unnecessary because county residents can take it as “an article of faith . . . that future development will occur only within existing urban boundaries.”

Yet the editorial fails to name a single specific bad or terrible thing that would result if the measure is approved. Instead, it takes cheap shots at lawyers and asks residents to trust the good intentions of developers without explaining the mounting pressures for sprawl and the worsening traffic congestion on Highway 101 and the county’s secondary roads.

Without strict controls in place to check sprawl, there will always be a reason to develop farmlands: In Silicon Valley, powerful forces have managed to push through development in recent years by claiming economic necessity–either the area is slumping and needs tax revenue, or it’s booming and citizens need housing and entrepreneurs will go out of business without more development.

The PD–and other RHI opponents–would have you believe that there is “no immediate threat” and “no big developments waiting in the wings.” Don’t buy into the big lie–vote yes on Measure I.