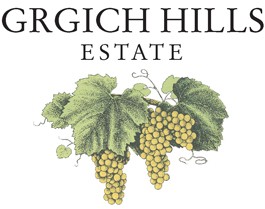 Reviewing a venerable Rutherford institution is almost shy-making. When he arrived in 1958, Mike Grgich had little but the beret on his head; now he is recognized as a Napa Valley institution in his own right. Grgich worked under key Napa figure André Tchelistcheff, helped to midwife the California Fumé Blanc style with Robert Mondavi, and his Chardonnays famously beat the competition at the 1976 Judgment of Paris and the lesser-known 1980 Showdown in Chicago.

In this century, Grgich Hills has become an all-estate winery that is solar-powered and practices organic and biodynamic farming. Where are the hills? Original money-man Austin Hills, of Hills Bros. Coffee fame, helped to get the winery off to a brisk start. Grgich Hills is right on the Highway 29 strip, but the tasting room is no-frills by neighborhood standards, and it’s well enough staffed so that visitors get a reasonable amount of individual attention even on a semi-busy day.

It’s shy-making to admit that Grgich’s famous Chardonnay is not my cup of tea or my cup of even Chard—but that’s me, you know, speaking personally. The 2005 Napa Valley Chardonnay ($40) features a striking apricot-pineapple nose, but has a distinctly sweet attack on the tongue, and a crackling acidity that seems to burn in the butter, despite having skipped malolactic. The right food would likely make all the difference with this flavorful, but sharp Napa Chard.

The 2004 Napa Valley Merlot ($40) is a juicy, silky snack, bright raspberry-vanilla drizzled on a thin wafer of precision tannins. While the tightly focused 2004 Napa Valley Cabernet Sauvignon ($60) seems hardly a day older than the 2000, each sip is like a firm red currant, packed with dense, tart fruit.

Mike Grgich has a special connection with Zinfandel, having helped with the effort to locate its roots in his native Croatia. (No doubt, being able to pronounce Crljenak kastelanski proved invaluable.) The 2005 Napa Valley Zinfandel ($33) is grown from cuttings from an original 1899 vineyard. It’s big but confused, a Zin on the outlands of varietal expression. Is that black cherry or plum? Does it want to be a Cab Franc?

I soon discover it’s just a chip off the old block when I taste the wizened 2005 Miljenko’s Old Vines Zinfandel ($79), which is nose-deep in dark raisins and dried figs that dominate undertones of ginger cake and cow horns in dark, fresh earth. Although nearly opaque, it’s got classic claret balance, with a contemplation-inducing finish. Call it whatever you can pronounce, this unique Zin might be a Top 10 contender—or so says the 2008 Judgment of This Reporter.