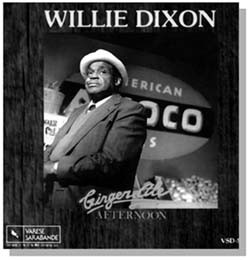 WHAT GOES around, comes around–at least in a perfect world. When Saul Zaentz (The English Patient, Amadeus) picked up the coveted Irving G. Thalberg Lifetime Achievement Award last month at the Oscars, the Academy of Motion Picture Arts and Sciences gave an approving nod to the Berkeley-based film producer’s well-established commitment to quality filmmaking.

Now it’s time that the National Academy of Recording Arts and Sciences–the folks behind the Grammy Awards–recognize Zaentz’s longtime business partner Ralph Kaffel. As the co-owner and president of Fantasy Records, Kaffel has acquired a treasure trove of important catalog material over the years and ushered through a staggering list of ambitious reissues, notably lush jazz box sets featuring the complete Prestige Records sessions of Miles Davis, John Coltrane, and Thelonious Monk; numerous volumes of Specialty Records gospel and R&B artists; and a pair of hefty multidisc Stax label compilations that dig deeply into that breakthrough label’s vast soul catalog.

“We’ve been mining deep catalog for years,” says Fantasy Records spokesperson Terri Hinte. “Ralph, who’s been in the industry for four decades, knows the value of this material, especially at a time when there aren’t a lot of hits to draw people into the record stores.”

As the steward of one of the music industry’s richest vaults of vintage jazz, folk, and blues recordings, Fantasy Records recently released two new series that underscore Kappel’s continued commitment to the rich repository of historic recorded music in his care.

The Prestige/Folklore Years series, four individual volumes of classic folk songs–Vol. 1: All Kinds of Folks; Vol. 2: The New City Blues; Vol. 3: Roots and Branches; and Vol. 4: Singing out Loud/The Philadelphia Folk Festival, 1962–captures many of that movement’s key figures, all recorded at the tail end of the ’60s folk revival.

The label’s roster reads like a Who’s Who of the era’s folk club circuit: the Rev. Gary Davis, Tracy Nelson, Dave Van Ronk, Geoff Muldaur, Tom Rush, Eric Von Schmidt, the Folk Stringers with guitarist Danny Kalb (who later helped popularize electric folk-rock as a member of the Blues Project before disappearing as an acid casualty), and the quirky Holy Modal Rounders, among others.

Until 1963, Prestige had been known for its stellar jazz roster. The label had barely jumped on the folk bandwagon when the winds of change roared in from England. In the extensive liner notes to the series, author Samuel Charters–then the folk music producer at Prestige–recalls driving down the street in 1964 when the Beatles started blaring on his car radio: “I pulled the car over to the curb a few blocks from the office and sat listening to the sound that I realized would, in a very short time, make my job obsolete.”

Still, as these vital volumes attest, Prestige founder Bob Weinstock had compiled in a short time an impressive catalog of urban folk balladeers, jaunty jug bands, and drop-dead bluegrass pickers. Many of them were recorded by wunderkind Paul Rothchild, who later turned the rock world on its ear as producer of the Doors, Love, and the Paul Butterfield Blues Band.

The Bluesville Years, a glorious eight-volume series, is even more impressive. Weinstock created the subsidiary to cater to the growing interest in blues among white, middle-class college kids weaned on the folksy Delta blues of John Lee Hooker, the Rev. Gary Davis, and other African-American artists who had crossed the color line. The series is a vivid snapshot of the mid-’60s American blues scene–from the rustic country stylings of Sonny Terry and Brownie McGhee, to the gin-soaked Chicago sound of Billy Boy Arnold and Homesick James, to the derivative blues of such white artists as Geoff Muldaur and Dave Van Ronk.

All of these volumes belong in the library of any serious collector. For the casual blues fan, Roll over, Ms. Beethoven–spotlighting blues divas Alberta Hunter, Victoria Spivey, Lonnie Johnson, and Lucille Hegamin–will make you forget about such pop pretenders as Joan Osbourne. Feelin’ down on the South Side is a righteous rumble through the Chicago blues scene–the subject of many compilations, though few as engaging as this.