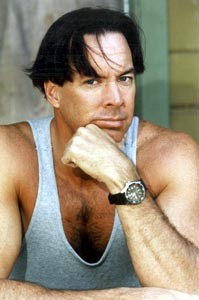 Watermelon Nights is pulling author Greg Sarris back to his native Santa Rosa.

“IT’S LIKE GOING BACK to a family, or back to an old lover, where all the emotions are raw again,” says acclaimed novelist Greg Sarris. “Santa Rosa to me is full of ghosts. . . . All of the stuff that’s buried under all those subdivisions rises up and talks to me.”

Though he grew up in Sonoma County, Sarris now lives and works in Los Angeles, where he teaches at UCLA. But an upcoming theatrical staging at Santa Rosa Junior College of Watermelon Nights, his critically acclaimed 1998 novel set in Santa Rosa, is pulling Sarris back to his childhood home.

Of course, the author–perhaps best known for Grand Avenue, his 1994 collection of interwoven short stories that became an HBO movie–visits the county often. But seeing his work put before a local audience is something different, an experience that Sarris finds both gratifying and terrifying.

“Santa Rosa was my home until I was 19,” he says. “What I write about comes from those first years of my life, so I go back and wonder if those folks will like it.”

Director Leslie McCauley and Word for Word, the San Francisco-based theatrical troupe that is preparing to stage a chapter from Watermelon Nights, would have been hard-pressed to find a more dramatic portion than the one they chose.

“Does anybody know what love is?” asks John, the chapter’s narrator. “Can a person know before he’s smashed like an almond in the jaws of a nutcracker?”

Johnny is a young man in conflict over his family, his sexuality, and his relationship with the Indian community in which he lives. He is one of the novel’s three main characters, each from a different generation of a Pomo Indian family that takes an eventful (and often heartbreaking) ride through the 20th century.

Before Chapter 5 is over, Johnny gets an answer to his plaintive question, albeit not the one he wants, after a devastatingly painful series of events that turn his world upside down. The chapter’s passion and the conflict offer dramatic possibilities that are hard to miss, and so does the author’s brutally honest dialogue.

“I’m writing about people who don’t particularly give a damn about standard English and propriety,” Sarris says. “The concerns of my characters are very different.”

But dramatic possibilities and frank language aside, staging a chapter from a novel seems like a hard thing to get right, especially when you do it the way Word for Word does–literally word for word. Indeed, the first time the troupe adapted a work by Sarris (they staged his short story “Slaughterhouse”), the author himself had his doubts.

“I kind of had my heart in my throat,” Sarris says. “I didn’t know what to expect. I thought it might be kind of corny. But I was blown away. They pulled it off brilliantly.”

Pleased by the results, Sarris went on to grant the troupe permission to stage another of his stories, “Joyride,” a production that ended up winning a Bay Area theater award.

So, what’s next for Sarris? The author–who continues to serve as chairman of the Federated Coastal Miwok Tribe–says he has been working on another novel that takes place in Santa Rosa.

But he’s put that project aside for a while to work on the script for a made-for-Showtime movie directed by Alfonso Arau (Like Water for Chocolate). The movie will tell the story of several generations of a family descended from the union of an Indian and a Spanish priest. The production begins filming in January of next year and may air in May.

As for the upcoming Word for Word performances, Sarris expects to be pleased by the results. Indeed, the author can’t seem to say enough about the troupe. “They are teaching literature in what many of my colleagues are calling a post-literate society,” he says. “They literally make literature come to life.”