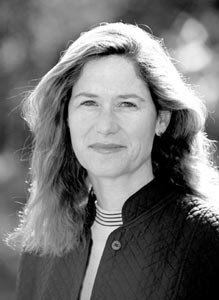 EVER SINCE she came to Occidental and discovered the drastic shortage of parks and trails in the beautiful west county, Caryl Hart has been fighting for public access to open space. This week, Gov. Gray Davis announced her appointment to the state Parks and Recreation Commission.

Athletic, slim, and sharp, Hart, 42, is the chair of the Open Space Citizens Advisory Committee to the Sonoma County Agricultural Preservation and Open Space District, to which she was appointed in 1993 by then Supervisor Ernie Carpenter. A Los Angeles native and a graduate of Cornell University, she earned a law degree at the University of San Francisco.

She is the wife of Grateful Dead drummer Mickey Hart. The couple has one child.

“It’s especially exciting because of the new state bond act that just passed. The commission recommends which projects will be funded from that and from all other sources,” Hart explains.

The commission is also responsible for developing a comprehensive policy for state parks, identifying appropriate use for existing parks, and recommending programs and activities.

“And it preserves cultural resources of the state,” Hart adds, “something Mickey is very interested in.”

Hart’s appreciation of public open space became more than a hobby during her years as a public defender in Marin County, when hiking the trails on Mt. Tamalpais helped her keep her sanity. From that experience, she understands the growing importance of free access to nature in an increasingly urbanized world. Parks need to be diversified, she says, to suit the people that use them.

“Everyone is paying taxes and has a right to public space,” she says, noting that wider use generates more widespread support. “Unless more people become involved, this may be the last [open space and parks] bond act that passes.”

Fortunately, it was passed by a large majority, showing that the need for wild places is recognized by the public as well as by the governor and Rusty Areias, the new head of the state Parks and Recreation Department, who has “energized the entire agency,” according to Hart.

STATE PARKS certainly needs to be revitalized. The department has been drastically underfunded by successive Republican administrations. “That’s why LandPaths was established,” says Hart, referring to the local nonprofit created to help manage the state-owned McCormick Ranch. The agency was a combined effort by Hart, Dee Swanhuyser, and the owner of the ranch, Sandra Perry. Linking Mt. Hood and Sugarloaf state parks, McCormick is expected to open next month.

Recently LandPaths has been working with the Mendocino Redwood Co. to create a program for public access to the fabulous Willow Creek watershed in Occidental. Visitors permits will be issued by LandPaths. Hart looks favorably on such partnerships with private organizations; if business were to become sustainable, she has said, that would go a long way toward solving the problems we face.

Environmental education is another key to preserving the natural environment, Hart says. “There are kids in Los Angeles who have never seen the ocean–that’s got to change,” she observes. “School trips are important–then the kids bring their parents back.”

Meanwhile, Hart is proud of what she has accomplished in Sonoma County. “People are noticing what we’re doing. Our Ag [Agriculture Preservation] and Open Space District is nationally recognized as a model of how to preserve land.

“That’s why I got the appointment.”

Now Hart will be expanding her considerable influence throughout the state. Sonoma County residents have reason to hope she’ll be applying some of that clout in her home territory.