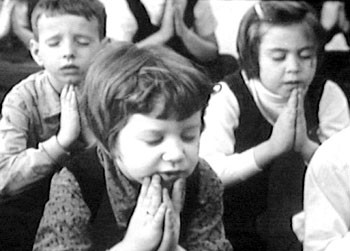 ‘Underground Zero’ looks at 9-11 through a different lens

After Sept. 11, the distance between lower Manhattan and California–or anywhere else, for that matter–seemed a lot shorter, but in the following months, clawing through the structural and emotional rubble strewn in its wake has not become any easier on either coast. One week following the attacks, San Francisco filmmakers Jay Rosenblatt and Caveh Zahedi decided to put out a call to filmmakers they knew, asking for submissions for a project that became “Underground Zero: Independent Filmmakers Respond to 9-11.” The resulting collection of 13 short films–which screens May 10-16 at the Rafael Film Center–is a deeply moving kaleidoscope of vantage points, all examining the abrasive dust of moral issues and painful losses that refuse to settle.

“What I like about ‘Underground Zero’ is the multiplicity of it; it’s not one view, it’s a lot of complicated angles on things that are all different and kind of create questions for the answers,” says the soft-spoken and pensive Zahedi, a video diarist known for his self-mocking autobiographical films such as 2001’s In the Bathtub of the World. Rosenblatt and Zahedi have known each other since they met at a film festival in Italy 10 years ago. They’ve worked on films together before, including the two-minute short “Worm” in 2001. Rosenblatt’s 1998 documentary, Human Remains, which examined the banal personal lives of Hitler, Stalin, Mao, and Mussolini, won a Sundance award. Both Rosenblatt and Zahedi have received Guggenheim Fellowships.

The two San Francisco residents originally conceived “Underground Zero” from their shock and grief after the attacks–and the frustration they felt from not being able to concentrate on their current projects because of it. The film soon took on a life of its own.

“The first idea was that I was going to make something, and then I talked to Jay about it and he suggested that we do something together,” recalls Zahedi. “Then I thought, ‘Yeah, that would be nice . . . but who would show it? Why don’t we do something with a bunch of people; that would increase the likelihood of getting it out into the world.’ We wanted to present an alternate voice to what the mainstream media was saying at the time.”

Zahedi and Rosenblatt sent out a letter to 150 filmmakers they knew, and in early December submissions began to come in. “I think [the response] was larger than we expected. We sent out 110 initially–there were 110 floors in the World Trade Center, we thought that was a good number–but we also didn’t want to exclude anybody.

“We had to really go through a lot of things. There’d be a film that I liked a lot that Jay hated, or vice versa. Some that might have worked really well by themselves didn’t work that well in context. It was actually a lot of work to agree on which ones to include,” says Zahedi.

The 13 shorts in “Underground Zero” compose a range of perspectives–unassuming child, frustrated teacher, weary traveler–voicing experiences that would otherwise be drowned out by boldface headlines and eternal text crawls. Rosenblatt’s “Prayer,” employing a “found footage” collage of black-and-white silent movies and educational films from the ’50s and ’60s, poetically juxtaposes faith with fear, and shows how the universality of prayer does not draw distinctions between religions.

Zahedi videotaped the film class he taught last fall at the San Francisco Art Institute and translated it into “The World Is a Classroom.” As the repercussions of Sept. 11 ripple through the class, Zahedi and one of his students find themselves locked in a conflict that, for its duration, becomes the focus of the class. “I feel like teaching demonstrates a very complicated power dynamic at work,” says Zahedi. “The film is kind of controversial, I guess, but I really like the way it creates an allegory for what was going on in the world. I think the U.S. is being tyrannical, the terrorists are being tyrannical. Everyone is human; we still can’t get rid of them, they can’t get rid of us, so how do we coexist? What is our own responsibility, and what can we do as individuals?”

Robert Edwards’ “The Voice of the Prophet” has an uncanny ghostliness to it. It’s a 1999 interview with Rick Rescorla, who was a veteran of three wars and head of security for Morgan Dean Stanley Witter. Filmed in Rescorla’s office on the 44th floor of the World Trade Center, the interview was originally intended for a documentary on the book We Were Soldiers but was not used. Resurrected in the context of “Underground Zero,” Rescorla’s insights on U.S. foreign policy resonate with tragic accuracy (Rescorla died in the Sept. 11 attacks).

David Driver’s “A Strange Mourning” records a busy Los Angeles intersection on Sept.14 where people gathered for an impromptu vigil whose bewildering pep-rally tone demonstrates how patriotism brings out the best and the worst qualities of a country.

The last short, Ira Sachs’ “Untitled,” is the collection’s most straightforward and hard-hitting: a silent progression of flyers posted by bereaved families after the attacks documents the faces and halted lives of missing fathers, wives, boyfriends, daughters, uncles, and best friends. It’s a timeless, striking reminder of how a mind-boggling death toll comes down to everyday individuals who led unassuming lives, just like the rest of us.

If “Underground Zero” offers a resolution, it is this: There never can be one. It only raises more questions, questions 24-hour news channels will never raise: Whose behavior is to blame for provoking the attacks? Would casualties of the World Trade Center attacks really want to be memorialized with a poster of an American flag-cum-shopping bag? What is the nature of 20th century warfare? Has our reaction as American citizens accomplished anything?

“I think it’s a lot more complicated than the media or the government acts like it is,” Zahedi says. “I inherently believe that violence leads to more violence. I’m absolutely sure about that.”