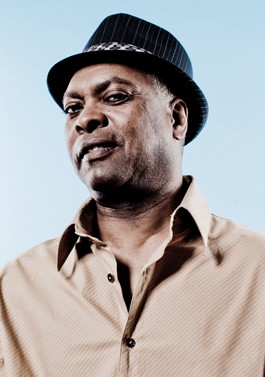 When baby boomers moan about a long-gone work ethic, it’s easy to ignore. The way things are looking, we probably won’t be able to retire anyway. But the old-timers may have a point. This week, classic soul legend Booker T. Jones, 64, and New Orleans R&B saint Allen Toussaint, 71, bring us albums that prove they’ll do anything but rest on their laurels.

Although a successful songwriter and performer, Booker T. Jones remains renowned mostly as an “alchemist” of the Hammond B3 organ, particularly for his work leading the MGs, the Stax house band which buoyed luminaries like Otis Redding, Wilson Pickett and the Staple Singers. Recorded in only a week, Potato Hole is likely to augment his legacy, with his signature keyboard lyricism stretching to new sonic textures beyond trademark hits “Green Onions” and “Time Is Tight.”

Right from the brash opener “Pound It Out,” Jones sounds miles away from the lounge-y cool of “Green Onions,” thanks in large part to the triple-guitar attack of backing band the Drive-By Truckers and fourth axeman Neil Young. Jones’ instantly recognizable organ licks are flanked by power chords, distortion and dirty blues solos, making for the boldest sound in his catalogue. “Native New Yorker” has the biggest Neil stamp on it, with its heavy guitar stroll and Jones’ piercing keys seemingly mimicking Young’s famous falsetto tenor.

But Jones presents many moods throughout the record, including the serene love letter to his wife, “Nan.” Here he plays chiming acoustic guitar, electric guitar and, of course, the organ, which sustains the gorgeous two-minute piece with astoundingly communicative melodies.

While his distinctive soloing may evoke great jazzmen, Jones’s accessibility is afforded by his concise rock ‘n’ roll song structures, evinced here in his covers of Outkast’s “Hey Ya” and Tom Waits’ “Get Behind the Mule,” the latter presented in a kinetic, brilliantly plodding arrangement. The expressiveness of Jones’ playing makes one hardly miss the lyrics. This instrumental success reaches its zenith in the epic, slavery-themed title track, whose relentless drums and grinding guitars aid Jones’ extended organ solos in a narrative that’s damn near understandable. In addition to his renewed creativity, the soul veteran has brought imagination back to rock ‘n’ roll.

Also returning with his first solo album in eons is Allen Toussaint, a New Orleans legend who’s become even more synonymous with the city in recent years. Since Hurricane Katrina left him homeless, he’s kept busy in exile with club residencies in New York and a cathartic high-profile album and tour with Elvis Costello, 2006’s The River in Reverse.

The gorgeously sequenced The Bright Mississippi is a collection of blues numbers that poignantly mirror Toussaint’s current transience and break from the Professor Longhair disciple’s sprightly pieces. The dozen jazz and gospel standards revisit—or are haunted by—his fragmented hometown. From beginning to end, the album is a chiefly somber affair, with Toussaint leading his group through what seems like an extended jazz funeral. The opening track, Sidney Bechet’s “Egyptian Fantasy,” seems ominous and foreboding thanks to Don Byron’s leaden clarinet and a more pronounced marching beat.

“Dear Old Southland” brings the mood down with a slower tempo and Nicolas Payton’s longing trumpet. “St. James Infirmary” confirms the somber theme, but throughout the set Toussaint’s iconic second-line piano perseveres. The traditional hymn “Just a Closer Walk with Thee” serves as the album’s turning point, with Toussaint’s tickled ivories sounding like the sunlight after a long storm and making way for a cheery title track by Thelonius Monk.

The sense of resolution that is the epilogue to The Bright Mississippi is not a naïve one. While Toussaint feels hopeful about emerging from the darkness, his journey remains a lonely one. “Sometimes I feel so weary traveling through life alone,” he laments in “Long, Long Journey,” the album’s sole vocal track, “It’s a long, long journey, and I can’t make it on my own.” The album ends perfectly with a sparse “Solitude” with Toussaint’s isolated piano fighting through the familiar melody.

These two triumphant new records give us no choice but to respect our elders. Booker T. Jones and Allen Toussaint can still justifiably boast, “Back in my day, we didn’t need lyrics.”