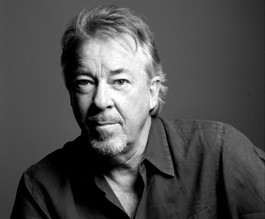 My friends Fred and Sue are off to see Boz Scaggs this week. It’s a date for the long-married couple, one that they have experienced before: once in college before they were married, once before their kids were born, and once after the kids were raised. Come to think of it, the couple were in the audience the last time Scaggs played here in Santa Rosa.

A Boz Scaggs show is like a great date movie. Guys admire his ability to straddle the boundaries between rock and R&B, and the fact that he’s downtown and down-home. The ladies like his style. In the tradition of the great crooners of an earlier era, Scaggs has always projected a grace that is rarely seen in the swaggering macho land of rock. Performing in Oakland at the newly renovated Paramount Theatre in 1974, he showed up in a silk tuxedo.

A Bay Area favorite since his early days with the Steve Miller Band, Scaggs has hung his hat in Northern California since the ’60s. Always the gentleman, he now is a gentleman farmer as well, owning a winery on Mt. Veeder. Scaggs Vineyards celebrates the Rhone varietals and Boz tends to the winemaking process, except in the summer when he hits the road.