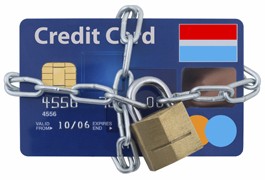 The Urge to Splurge

A fter years of refusing to spend money on things like children’s healthcare, George W. Bush is generously giving all of us in the under-$75,000 tax bracket a $600 rebate. In the Feb. 25 issue of The New Yorker , James Surowiecki analyzes this move, noting that, while it may be akin to economist Russell Roberts’ quote about “taking a bucket of water from the deep end of a pool and dumping it into the shallow,” it could also be a welcome boost to our languishing economy. Surowiecki’s article (“The Stimulus Strategy”) is eloquent and thoughtful, but it also points out a disturbing trend: the notion that as Americans we can spend our way to prosperity.

These days, $600 doesn’t buy much. Used wisely, it’s perhaps two months of health-insurance premuims (assuming you have any), 12 tanks of gas, a small deposit in the IRA account that most people don’t have or a pittance toward the enormous credit card debt that most people do. Those who go with Uncle Sam’s plan and spend it not so wisely will end up owning a bunch of video games but will be further perpetuating the sort of financial conundrum that results in documentaries like 2006’s Maxed Out and our eventual takeover by the Chinese when the national debt comes due. Whatever we do, we’re bound to discover that spending doesn’t equal salvation.

I should know. When I worked at Macy’s, I developed a shopping addiction. I was fresh out of college and in love with a married man who didn’t love me, and I felt as powerless as any one in that set of circumstances ever could. Taking full advantage of Macy’s “generous employee discount,” I thought if I could just buy that skirt or that pair of shoes, I would feel complete. I’d look polished. I’d be in control. The man I loved would weep that he’d had the audacity to marry before he discovered me. And so I spent. I went into debt. And the next week, there would always be some other item I just had to have to fill in my inner deficit.

Whatever the reasons, I think all big spenders are trying to console themselves. In the 1999 film Fight Club , Edward Norton’s character is desolate when he loses his collection of Ikea furniture in his bombed apartment. But it’s only when he stops buying things and moves into Brad Pitt’s rotting Victorian that he actually feels alive. Severed from the myth that possessions equal satisfaction, Norton’s downtrodden corporate drone finally gets his “smirking revenge.”

Since Fight Club first piqued my interest in denying the Man his funds, I’ve been hearing about various movements of people who have jettisoned frivolous spending from their lives. In San Francisco, the ever-increasing ranks of the Compact make a yearly pledge not to buy anything new. The Rev. Billy and his Church of Stop Shopping protest Starbucks, and he has penned a book based on his sermons called What Would Jesus Buy? ; the accompanying documentary made ripples in theaters last year. And then there’s Spend Nothing Day, where people from England to Taiwan take a “holiday from consumerism.”

Yes, Mr. President, the anti-consumer movement is steadily gaining steam. One of my favorite examples is the brilliant Into the Wild , Sean Penn’s screen adaptation of the John Krakauer book. We’ve all heard the story of how a young man named Christopher McCandless abandoned modern society and eventually died in the Alaskan wilderness. In the movie, Chris, portrayed by Emile Hirsch, sneers when his parents offer to buy him a new car, declaring: “I don’t need stuff .” It’s a scene that speaks to the heart of anyone who has ever wondered just how, exactly, a BMW is supposed to bring you enlightenment.

To me, Into the Wild is almost a superhero movie, except, rather than slinging spider webs or snogging Kirsten Dunst, McCandless’ superpower is his refusal to conform to the dictates of capitalist society. Sure, Spidey is cute, but he’s also the ultimate corporate drone: working insane hours, he fights to protect the norm, valiantly battling anarchists and rescuing babies. But he’s always got to promote himself (via Peter Parker’s rigged cameras) and, at the end of the day, he’s too tired to notice that Mary Jane is growing distant. Holy American dream, Batman! Spiderman may be validated as a hero and slapped on a bunch of lunch boxes, but I’d rather die in an abandoned bus, poisoned by wild potatoes but happy that I’d actually managed to live in the first place.

With these happy sentiments in mind, I decided that in 2008 I would start my own personal rebellion against the urge to splurge. Similar to the Compact, I decided not to buy anything that wasn’t absolutely essential to my existence. No new clothes, no CDs, no DVDs, no gadgets and no pricey lattes. While I remain a great fan of movies, books and clothes, I don’t actually feel the need to buy them unless I venture too near a store.

It’s been a good start. But if you really want to see how deep you’re in, try putting a complete moratorium on spending. A few days after liberating myself from my credit card, my boss mentioned that he wanted to “up the game” to impress our clients. He spoke fondly of some past associate who always dressed to the nines, an intimidating concept for a girl who was wondering just how long she could get away without a haircut before it threatened her job. It also provided me with my first lesson: the world doesn’t get off the wagon just because you do.

This whole venture has proven to me that consumerist philosophy, despite all its charm, makes everybody miserable. Forget how much money trying to stay hip is draining from your bank account; you could spend it all, look exactly like Tyra Banks, celebrate every Hallmark holiday and afford every car that rolls off the block, and you still wouldn’t be happier. If you’re one of the poor souls in credit-card debt, as I was, you’ll be twice as miserable trying to live outside your means. Depending on what study you read, the average American is $35,000 in debt with precious little to show for it.

Fortunately, more Americans seem to be realizing this. Suzanne Barlyn, a writer for TheStreet.com, has noted that a good third of the people surveyed by the tax-information provider CCH about the so-called economic incentive package that the IRS will be mailing to us in May are planning to actually save their rebate money. In answer to the question “So, is it time to go shopping now?” Barlyn quips, “Congress may think so. But I don’t.”

The desire to actually save money may be the most heartening economic trend America has ever seen, but don’t expect it to catch on just yet. We still live in a society where money and materialism are marketed as the path to fulfillment. And we still live in an era where, in the wake of the 9-11 recession, the leader of the free world actually got on television to promote Disneyland.