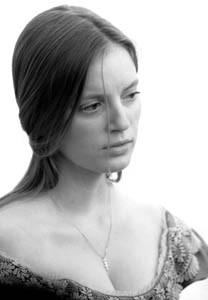 “EVERYTHING has a price.” So goes the tag line for Michael Winterbottom’s The Claim. An emotionally stillborn morality tale set in a remote snowbound California mining town, this disappointing adaptation delivers stunning visuals. Sadly, the characters just can’t compete with the scenery.

Ostensibly based on Thomas Hardy’s The Mayor of Casterbridge, the story has been sloppily transplanted from provincial 19th-century Dorchester to the gold rush-era Rocky Mountains on the eve of the construction of the transcontinental railroad. In Hardy’s novel, a drunk man seeking freedom sells his wife and infant daughter to a lonely sailor. It’s a Faustian bargain, and the fortune that eventually results buys only cold comfort.

In The Claim, the premise is similar, but greed becomes the singular motivation for the fateful transaction, undermining the story’s innate complexity. The result is a movie easily summed up with one trite adage: “All that glitters is not gold.”

Winterbottom, who directed 1995’s Jude–a masterful and tragically underappreciated retelling of Hardy’s Jude the Obscure–certainly has the pedigree for such weighty material, which makes The Claim’s failure to ignite all the more surprising.

The town’s most ornate structure by far is the gold baron’s Victorian abode, a clapboard and gingerbread construction stuffed to the gables with antiques, china, and all manner of finery from around the globe. Somehow, it’s a house without being a home. It doesn’t take long to figure out why.

The film opens with the arrival of three strangers. Dalglish (American Beauty’s Wes Bentley) is the railroad surveyor who holds the town’s fate in his grasp. Dillon, a shrewd businessman, recognizes the importance of the occasion and immediately sets about bribing the young man with wine, women, and song.

In reality, it’s the sickly Elena (Nastassja Kinski) and her daughter, Hope (Sarah Polley), who will bring about Dillon’s downfall by uncovering the secret that defines him.

The flashbacks that explain Elena and Hope’s identity are so elliptical and ill-timed that they confuse more than they inform. Frank Cottrell Boyce’s stilted dialogue adds little to a series of terminally understated performances composed almost exclusively of longing stares.

Kinski’s presence is particularly confounding. Made famous by her ingenue performance in Tess (Roman Polanski’s Hardy adaptation), she gets little more to do here than cough. Only Mullen commands the screen in any visceral way–only to be cursed with an overtly baroque final scene that tilts wildly toward caricature.

Seen purely as an experiment, The Claim does proves a couple of things. Yes, you can take a Thomas Hardy novel out of England. You can even make it into a Western. But given the meager results, one can only wonder: Why bother?