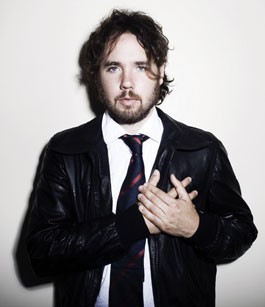 First things first. Go out and buy, if you haven’t already, Broken Social Scene’s 2002 masterpiece You Forgot It in People. Listen approximately 27 times. Drench yourself in perfection. Dwell in the atmosphere of “Lover’s Spit.” Learn the bass line to “Stars and Sons.” Air-drum wildly to “KC Accidental.”

Then and only then can I suggest Broken Social Scene’s newest album. Those among you streaming the Toronto band’s new album for free on NPR this week, who figure it’s a fine new release by a fine new band—please, backpedal into unadulterated bliss with You Forgot It in People, a record that changed the face of Canadian music.

Until the great Canadian indie-rock renaissance of the early aughts, underground bands crossing our North American border for years were decidedly messy. D.O.A. sang sharp hardcore anthems of class war and anti-globalization; Nomeansno hammered bass lines over morbid jokes about suicide; Propaghandi mired politics with gobs of heavy metal riffs and satire. All of it came in wrapping paper of noise, anger and humor.

None of those qualities are evident in Broken Social Scene’s newest album, Forgiveness Rock Record, due out May 4. After being defined by Neil Young and Rush and then overthrown by the punks, Canadian music has spun 180 degrees in the last decade, becoming more formal and classicized. Manners and pretense have replaced absurdist abandon.

One reason for this shift is basic changing cultural tides; another is the Canadian Broadcasting Corporation’s unusual quota system for radio play, which dictates that at least 35 percent of all radio content broadcast in Canada be from Canadian artists. In the past, stations scrambled to find quality Canadian music to play on the radio. When You Forgot It in People took hold, however, a slew of similar radio-friendly Canadian artists found themselves on the airwaves.

And yet Broken Social Scene don’t embrace entirely the new Canadian politeness evident elsewhere, as in the restraint of the New Pornographers, the maturity of Stars, the wispy pop of Feist. The ballooning band, comprising as many as eighteen members, has an established history of garble. Their last record brandished the 10-minute “It’s All Gonna Break,” an explicit, tempo-shifting diatribe likening public education to child molestation, ending with the plea: “Why are you always fucking ghosts? / It’s been such a long life that we trust / Your heart is a whore, and love is just lust.”

Sounds bleak, right? Yet similar to fellow Canadians Arcade Fire—the band’s sibling in girth and epic flourish—Broken Social Scene temper this darkness with overt majesty, slyly promising that everything’s going to be OK. “It’s All Gonna Break” ends with an incredible, absurd blast of pomp: a marching-band cadence, the bleat of trumpets, and the walls of Jericho tumbling down. Springsteen couldn’t have done it better.

Live, Broken Social Scene are a full-bore E Street Band experience. Different players jangle in and out of the mix, trading instruments and building musical pyramids. Band leader Kevin Drew exhorts the crowd with life-affirming testimonials: “For all the hurt in your life; for all the hurt you’ve caused in others’ lives; for all the love you feel and for all the love others feel for you—scream so your whole entire city can hear you!” The overriding sense is joy, not dread.

This could be the reason why Forgiveness Rock Record is so strangely compelling. At first listen, it presents their happiest, most accessible album yet, a panorama of rousing choruses, dance beats and harmonies. Yet like a luck-endowed friend who can’t accept his good fortune, the songs’ themes dwell in the dark. “We’ve got a minefield of crippled affection,” Drew sings on the album’s opening track. “I get world-sick every time I take a stand.”

Frustration with world leaders gives way to interpersonal turmoil. “Romance to the Grave” finds Drew trading verses with the Sea & Cake’s Sam Prekop, and “Sentimental X’s” brings back recurring BSS vocalist Feist into the fold with Stars’ Amy Millan and Metric’s Emily Haines. The record closes with the two-minute “Me and My Hand,” a loveless elegy to solitude.

Discontentment propped up by grand hope is a theme that Americans are familiar with. All of this continues the band’s near-dominance of a new Canadian music, and it’s a welcome one. Give Las Vegas to Celine Dion, and let Broken Social Scene continue to rule the north country.

Those willing to pay for scalped tickets can see Broken Social Scene’s sold-out show May 1 at the Fillmore in San Francisco. ‘Forgiveness Rock Record’ is out May 5.