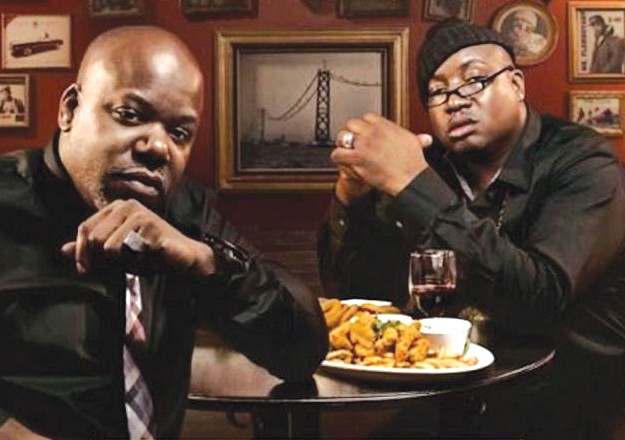 Take the Second Amendment, for example. In E-40’s hands, it’d turn into something like: “A booliyooni militia of regulatorial necessariness brangin’ the hurryupness to the security of states in the free box, no locks, frocks or stocks, the right-hand trippin’ of the pop-you-lace scarlet drippin’ in armchair armoires shall not, like skirtastic hemslastic, be infringed. Smell me?”

The king of slang from Vallejo, born Earl Stevens, is now 45. He should be slowing down. Instead, he released five albums last year, filled with dizzying linguistics and hard-slapping hooks. Live and onstage, he’s been rocking the same set list for the last seven years, but not without impeccable style and plenty of humorous touches. (Last time he was in town, his manager got paid in cash, onstage, and openly counted thousands of dollars in front of everybody.)

A headlining bill this week also boasts Oakland legend Too $hort, who’s put out 20 albums and continues to go strong. E-40 and Too $hort appearing onstage together is basically the Bay Area rap game version of Monk and Coltrane at the Five Spot, a rare teaming of two innovators. Or, as 40 might say, bossalinis and fooliyonis get ballin’ and sprinklin’ on Saturday, July 20, at the Phoenix Theater. 201 E. Washington St., Petaluma. 8pm. $35. 707.762.3565.

August 5: Dubee at the Phoenix Theater