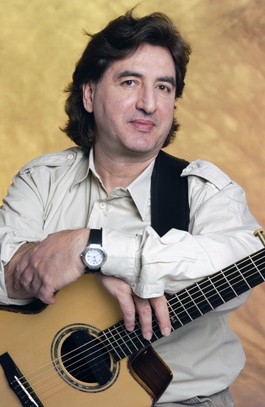 It’s the oldest original event of its type,” says director Chris Herrod of the Healdsburg Guitar Festival. Slated for Aug. 14&–16, the festival showcases the works of 100 of the world’s finest luthiers. In turn, guitarists from all over the world will share their music and teach workshops. “It’s a truly international event, with guitar builders traveling from six continents,” Herrod says.From the top-of-the-line guitars and merchandise to workshops to highly skilled luthiers and numerous concerts, the festival has something for every guitar enthusiast at every skill level—and even something for those who are not quite the enthusiast. “We have people who go to the event who are not particularly into guitars who have an amazing experience,” Herrod assures. The performances alone make the festival worth attending.Beginning at 10:30am each day, workshops will cover just about everything. For those looking to tap into their inner rock star, there’s “Acoustic Hendrix: How to Play Rock Music on Fingerstyle Acoustic Guitar.” If something a little softer is in mind, there’s “The Chords-First Approach for Jazz Guitar.” Beyond genre, the workshops assist in performance, navigating the fingerboard, alternative tuning, guitar as vocal accompaniment and more guitar topics than one could imagine would fit into a three-day festival. Healdsburg’s own Tom Ribbecke will be in attendance again this year, showing off his beautiful craftsmanship. A regular at the festival who has made guitars for the pop star Seal, Ribbecke remains a huge presence, even extending his workshops to those coming from abroad in preparation for the event.

Ribbecke used to be a guitarist himself, but interviewed years ago in these pages he revealed a change of heart. “I had a six-week gig down in San Jose over Christmas, and on Christmas Eve—during my fifth week of doing this four nights a week—I was looking out over the audience, and it was a piano bar, and some guy threw up his gin and tonic on my feet,” he remembered. “You know, who are you going to see in a bar on Christmas Eve except the most dysfunctional? It was like the Star Wars bar scene. I looked at those people and I looked at myself and said, ‘I’ve got to stop this. I’m getting too old for this particular environment.'”

Ribbecke never hung up the guitar, though, devoting his life to the craft of building them.

“If there’s a heaven, it looks just like the Healdsburg Guitar Festival,” jested guitar buyer Henry Lowenstein in Blue Book of Acoustic Guitars. “The nation’s best luthiers get together to talk, play and show the best of what they have to offer the public.” Lowenstein forgets that these luthiers are from all over the world, giving a much broader view of what this festival will bring.

Guitar makers will be holding a sale and exhibition, showcasing the highest quality guitars and equipment, both for purchase and for admiration. Specialists in steel, archtop, classical and electric guitars will all be on site, ready to speak to the craftsmanship of their instruments.

But when workshops and beautiful guitars become too much, it just might be time to kick back and take a listen. For this, there’s still ample opportunity. Each of the three days, there will be performances from 11:30am to 5:30pm at both the Merlo Theater and in the more intimate Carston Cabaret. While the sets may be short, the list of artists is long. From jazz to country, from classical to rock, there’s an artist on the itinerary to meet everyone’s musical desires.

On Saturday, the “Italian poet of the acoustic guitar,” Franco Morone headlines the day’ grand finale, playing his fresh reinterpretations of traditional pieces as well as his original musical “poetry.” Opening for Morone will be Tim Thompson, who won first place last year at the International Fingerstyle Guitar Competition in Winfield, Kan. Thompson has television and movie soundtrack credits under his belt and has also provided accompaniment for country singer Crystal Gayle, sister to country great Loretta Lynn.

Come share the love of a craft that lives on and continues to thrive, setting the musical backdrop for life. Festival director Chris Herrod encourages all to go and “expect to be dazzled by amazing musicianship.”