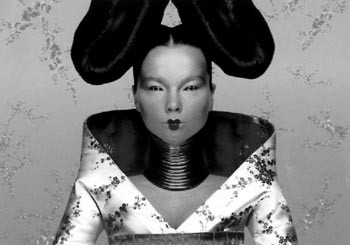 THESE DISCS defy the fractured pop market with a vision that crossover music is necessary. Nuyorican Soul seamlessly and organically blends salsa, soul, house, and hip-hop in a tight, percolating ensemble set in which Latin jazz veterans share the spotlight with dance newcomers. Apocalyptica is four Finnish classical students who focus the Kronos Quartet model into something like “Eleanor Rigby” without vocals. It’s a given that rock is a 20th-century foundation, as metalhead Metallica’s material provides style cues to create seething, complex chamber music.

The Chemical Brothers
Dig Your Own Hole
(Astralwerks)

FASHION ADS say that image is everything, but these discs show that personality matters most. Country-outlaw Earle delivers roots-rock’s finest moment on a disc bookended by elegaic ballads; in between, his bluegrass and hard rock make worthies like Alison Krauss and Tom Petty jealous. The Chemical Brothers shine in the electronica-equals-rock-star sweepstakes: Their high-energy psychedelic break-beats are smarter and friendlier than Prodigy’s, and less obtuse than those of Aphex Twin.

HERE, THE IDEA is creating community. Jean’s spinoff project from the rap group the Fugees achieves what their 1996 album The Score only pretended to do: He recasts hip-hop’s ghetto anger as a multihued world music. DiFranco’s double-live set is about a moment when a rising cult star and a growing audience share the enjoyment of each other’s folk-punk contradictions.

The Offspring
Ixnay on the Hombre
(Columbia)

WHILE IT’S FASHIONABLE for alt-indie rockers to be songless impressionists, these old-school punks prefer messages. The Waco Brothers sound like the Clash covering George Jones; their irreverence, however, is a see-through mask that hosts a gospel-based vision of solemnity and dread. The Offspring’s terse, time-honored Orange County skate-core has a lyrical edge: They don’t hate the world or want to change it; they want it to make sense.

AS IF TO OVERSTATE the depth of hip-hop’s creative well (fact: many electronica acts correctly credit hip-hop as their source), these and other artists released solid double discs as sophomore efforts. In his posthumous release, Notorious B.I.G. inhales the breadth of current R&B and exhales a work of operatic drama and intensity. The Wu-Tang Clan, always gunning its potent DJ/multi-MC emphasis, struts complex rhyme schemes, and the eerie, chunky sound it has created–which now dominates R&B–has infected rock.

THIS YEAR SAW rock’s grandfathers succeed alongside new teens on the block. Dylan’s best work since 1974’s Blood on the Tracks bristles with the haunted, detailed blues revelations he’s always mastered. Lang is nothing special, having received the blues from Joe Cocker and Stevie Ray Vaughn, but that foundation has already brought him past Hanson.

ARE SUBGENRES made to be broken or to be utilized? Whiskeytown’s aching alt-country shows how sadly Nashville is missing the tide of country-rock bands that are at ease with the Replacements. Missy Elliot stretches the pop savvy of En Vogue and Wu-Tang’s family style across her own rap-soul canvas.

THE PRIME SIN of ’90s pop is that vague soundscapes are valued over human-interest detail. Björk means to assert her place in the avant garde, so her thin songs say little; instead she offers mystery and playful contrast that are at best intriguing abstractions. Griffin means to say something, so she foregoes the hip shroud of ambiance; instead, her rich portraits are passionately sung and acoustically played.

“ROCK IS DEAD” isn’t just a silly idea; history continues to prove it’s a lazy one. Rock doesn’t die, it reassesses itself. Megadeth are old dogs confident enough with their straight thrash to avoid new tricks like ska or techno. FSOL ‘s techno-ambient symphony (it’s stranger and denser than Dark Side of the Moon) has a very rocklike sense of desperate purpose.