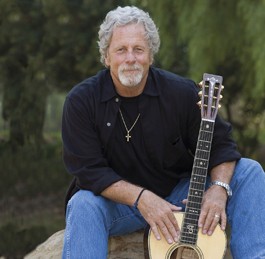 Don’t ask Chris Hillman about Gram Parsons. He’s not gonna tell you what you want to hear about his former bandmate—that Parsons was a visionary, a genius, an American original. He’s more likely to reveal that Parsons was self-destructive, unreliable and not appropriately dedicated to his craft before a descent into drug use that eventually killed the country-rock pioneer. “He wrote a few great songs and a lot of good songs,” Hillman (above) has said, derisively, “and that’s OK, but so did a lot of people.”

From a fan’s perspective, Hillman’s conflicted position comes with a faint whiff of jealousy. Hillman, of course, has had to witness Parsons elevated from a country-rock footnote to a songwriting saint in the last 10 years by the Americana contingent of a counterculture he’s long since left behind. Now a devout Christian and die-hard Republican (he donated $1,000 to George W. Bush’s re-election campaign in 2004, and has made six separate contributions to the Republican Party of California in the last eight years), Hillman’s crowd consists of many Parsons fans dying to hear old Flying Burrito Brothers songs. Hillman obliges them with a few that he co-wrote: “Wheels,” “Juanita” and perhaps the greatest Burrito Brothers track of all, “Sin City,” written, as Hillman tells it, while Gram Parsons was asleep.

Hillman, a master of the mandolin, performs at this year’s inaugural EarleFest alongside Otis Taylor, a 60-year-old Chicago native who began his blues career playing a similarly limited instrument—the banjo. A blues banjoist does not necessarily get a lot of work, and Taylor took an almost 20-year hiatus from music after abandoning the instrument. He returned, victoriously, with a force: Taylor’s albums White African and When Negroes Walked the Earth are among the most compelling acoustic blues offerings in the 21st century, with earthy guitar, plenty of harmonica and timeless songwriting.

EarleFest doesn’t, as one might hope of “A Celebration of Americana Music,” feature Steve Earle, but that very well could change in coming years. The Earle Baum Center of the Blind, for whom the festival benefits and is named, is gung-ho about making this a high-profile and annual festival. Held in the center’s nearby wide-open field, it’s only going to get bigger as the years go by. Say you were there from the beginning when EarleFest, featuring Chris Hillman and Herb Pedersen, the Otis Taylor Band, Corinne West and the Posse, and Blue and Lonesome, swings into existence on Saturday, Sept. 27, at the Earle Baum Center, 4539 Occidental Road, Santa Rosa. Noon&–6:30pm. $40&–$50. 707.523.3222. Otis Taylor also performs on Sunday, Sept. 28, at C. Donatiello Winery, 4035 Westside Road, Healdsburg. 1pm. $35. 800.433.8296.