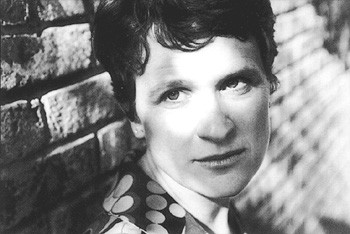 Sun in Mind, Sonya Hunter’s sixth and latest album, came awfully close to tasting like a cup of Earl Grey tea. “I was going to call it Bergamot,” she says over the phone from her San Francisco home. The citrus fruit is one in a tumble of sensory delights named in the album’s third song, “Bells and Whistles.” “Then I came upon this picture on my friend’s website [artist Michael Wertz], and I immediately fell in love with it.” One of the pieces was titled Sun in Head. A minor word shift, et voilà–cover art and title in one.

The sun is in effect on the album. “A lot of these songs are warm, or they’re hopeful,” says Hunter. “I was almost worried, ‘Oh, no! There’s not enough unrequited love songs on this record!'” While those have been staple items in her repertoire, the sting of rejection is less a theme than an occasional thorn-stick in this garden of tunes.

From the buttery, upright bass that kicks off the album’s first track, “Aquamarine,” to the cool, night-sky feel of “Dance,” there are moments of longing, hesitation, or looking back, but they’re bridged on all sides by colors, sounds, and details from nature so vivid they’re liable to drive you out of doors.

With so many lovely natural accents on Sun in Mind, maybe it’s not surprising that Hunter, who currently lives in the Mission district, traces her roots back to Sonoma County. She grew up in Sebastopol and began playing guitar while a student at the independent Nonesuch School. Weaned on live shows at long-gone local institutions like the Cotati Cabaret, River Theatre, and the original Inn of the Beginning, at 19 she moved to San Francisco to jump-start her own musical career, breaking down genre distinctions to create a sound that’s difficult to define, even for her.

“Lately I’ve been [calling myself a] ’60s-infused folk-pop singer-songwriter,” she laughs. That’s certainly accurate–her folk sensibilities and ear for perfect turns of phrase are evident, and the album’s uptempo numbers have hooks that stay with you for days.

But there’s also plenty of jazz in the mix here. The horn introduction to “Have You Ever Seen” (performed by Kaleidophone) gives the song the pace of human breath, opening up into hushed harmonies that Hunter describes as “hypnotic and chanty.” There are also glimpses of country, forays into world-beat rhythms, and some moments that just plain rock. The heart, though, does seem to be folk and its collaborative nature.

Recorded half in Brooklyn (Hunter lived and worked in New York for two years) and half in San Francisco, Sun in Mind doesn’t so much depart from her styles and skills as expand on them. Hunter’s been involved with production on all her albums, but here, she says, “I was definitely the producer,” with the result that it “feels the most crafted. I really took my time in the studio and did a lot of experimenting.”

Helping the process along were both recording engineer Desmond Shea (who adds percussion on one track) and co-producer and musical collaborator Erik Pearson, described by Hunter as “integral to my sound.” Pearson brings not only his voice, but electric 12-string guitar, toy piano, banjo, and a producer’s ear for looping to the mix, which gives many of the songs additional richness without ever seeming over-handled. The spontaneity of the performances is preserved (the Brooklyn tracks were all recorded “in a couple of hours, [but] there was a beautiful chemistry with the people I played with that day”), and that gives the album additional strength.

Considering her multigenre musical approach, Sun in Mind stands as a great example of organic substance uniting a variety of styles and production techniques. “It’s hard to describe what I’m doing,” Hunter says. “I love folk music and I love jazz, and I’m just trying to do something that’s original and honest and real.” That’s an ambitious mission statement, one this album seems thoroughly steeped in.

As we move toward a rainy Sonoma County winter, Sun in Mind is worth keeping in mind.

Sonya Hunter opens for Richie Havens at the Mystic Theatre on Oct. 4. She also appears at the Starry Plough in Berkeley (3101 Shattuck Ave., 510.841.2082) on Oct. 18. For more information and upcoming shows, check www.sonyahunter.com.