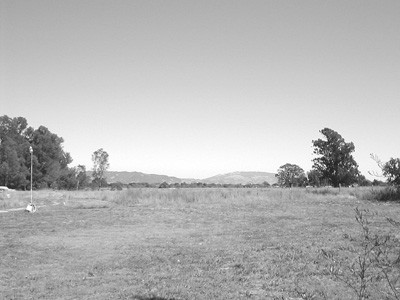 “If I had it to do over again, I’d vote against the Laguna Vista project,” says Linda Kelley, Sebastopol planning commissioner and city council candidate. Kelley is juggling two mainstays of the progressive agenda: affordable housing and environmental protection.

Because the Laguna Vista project includes 40 affordable rental units, Kelley voted in favor of it when it came before the planning commission in June. But out of concern for the environment, she conditioned her approval on changes to the environmental impact report. “I lobbied against the project’s problems starting over 1-1/2 years ago, when it began as an upscale senior project,” she says. “I continued lobbying against the project’s problems and have never stopped.”

On Sept. 3, the Sebastopol City Council also expressed reservations about Laguna Vista, and asked developer Schellinger Brothers to revise the current plan. But the project pitted progressive against progressive over the issues of affordable housing and the environment.

Environmentalist and Bohemian contributor Shepherd Bliss says, “The city council was following the people. What we have here is a new mass movement to preserve the laguna. Humans simply do not have the unlimited right to take the homes of other creatures and life forms in order to meet their needs. In my opinion, this is not a moral high ground.”

While environmentalists rejoiced over the decision, other progressives, such as Paul Carol, are disappointed. A field representative with Service Employees International Union, Carol represents union workers for Sebastopol Unified School District.

“The average daily attendance for the school is dropping,” Carol says. “There aren’t enough kids.” As attendance drops, classes are canceled. Consequently, the jobs of teaching assistants, clerical workers, janitors, and teachers are at risk. Carol believes that the Laguna Vista project would protect these jobs by increasing school enrollment. “I think you’d find people with children moving in,” he says.

Gene Nelson, senior minister at the Community Church of Sebastopol and active member of the Sebastopol Housing Coalition, is another disappointed progressive. “Ultimately, affordable housing in Sebastopol is a justice issue,” he says. “A year from now, I’m going to go to a city council meeting and say, ‘All right, folks, what’s happened in a year?’ My suspicion is that nothing will happen in a year. We talk, talk, talk, and that’s all we’re doing, from my perspective.”

The Reverend John Simmons, coordinator of the Sebastopol Housing Coalition, says, “The reasons for turning [Laguna Vista] down are without a lot of merit. What they really don’t want is a housing mix. There’s a tremendous amount of opposition against low-income housing in Sebastopol.”

But sustainability and affordability go hand in hand, says Daniel Solnit, executive director of the Leadership Institute for Ecology and the Economy in Santa Rosa. “We have to find that fine balancing point between protecting the laguna and building housing that will make sense over the long-term. The health of a community is based on diversity. When the person who cuts your hair or bags your groceries can’t afford to live in your community, there’s something wrong.

“The answer,” Solnit continues, “is not ‘Don’t build anything anymore’ or ‘Keep building the same awful, badly designed stuff we’ve been building, with no regard for the local or global ecosystem.’ There is a third alternative: to build sustainably, to build a really green building that honors the land it’s built on.”

A good example of a sustainable housing development is Village Homes in Davis, says Solnit. However, as Simmons points out, Village Homes is by no means affordable. Steve Beck, coordinator of the ecodwelling program at New College of California in Santa Rosa, explains why. “One reason our housing is so expensive is that most people are so disconnected from the whole process of creating the housing they live in. Straw bale, cob, and rammed earth are materials and building systems that are being rediscovered now.

“One of the most important pieces is enough people wanting an alternative,” Beck adds. “If it starts to become clear that there really and truly is a market for alternatives that are genuinely sustainable, affordable, and solar-energy self-reliant, it’s possible to do.”

Solnit agrees that there are many obstacles to holding out for ecohousing and that doing so is well worth the effort. “It’s very hard to get a planning commission or city council to [build housing developments] the right way, if they can’t see somewhere it’s already been done,” he says. “Nobody wants to be the first, and Sebastopol is probably the most likely place for that to happen. It’s a very enlightened community. If we could build the shining example in Sebastopol, other Bay Area cities would follow our lead.”

Schellinger Brothers will present a new revised plan for Laguna Vista to the city council in October. “We are still looking hard at what we might be able to do to respond to some of the concerns that were raised,” says Chris Costin, Schellinger Brothers’ attorney.

In the meantime, the search continues for other sites for affordable housing, especially in the downtown core, where residents could bike or walk to markets, shops, and services. Sebastopol planning director Kenyon Webster says, “The city has supported several affordable developments in the past and continues to look for appropriate sites that might accommodate development.”

Helen Shane, former planning commissioner and member of the Laguna Advisory Board, says, “My goal is to put together a program that includes incentives–such as deferred or discounted impact fees, tax breaks, low interest loans, and grant money–to build affordable housing downtown, and to approach developers and property owners with the program. I hope to rally the people who came out to protest [Laguna Vista] and who understand that we have an obligation to have affordable housing.”

Though keeping all the balls in the air is challenging, Linda Kelley is optimistic. “Laguna Vista has brought up many issues that are very timely,” she says. “I think there’s incredible stuff on the other side of this, if we use it as an opportunity to create the changes we want to see.”

On Sept. 30 at 7pm, the Sebastopol Housing Coalition will meet at the Community Church, 1000 Guerneville Highway. The Reverend John Simmons and Gene Nelson stress that all are welcome but that the focus will be on affordable housing, not the environment.