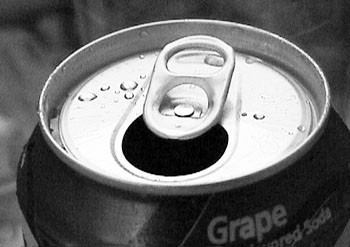 Killing Me Softly: Pleasing to the tongue, harmful to the body?

Is soda pop being demonized in the fight against obesity?

Americans are fat. Our propensity for super-sized value meals, sugared beverages, and too much TV has taken its toll. As a result, the number of obese Americans has soared to “epidemic proportions,” according to Surgeon General David Satcher. In response to this crisis, some believe a war on fat has been declared. The newest enemy? Soda pop.

The most recent battle against soda was a bill (SB 1520) penned by California Sen. Deborah Ortiz, D-Sacramento. Originally, the bill would have taxed soda (excluding diet versions) 2 cents a can and raised $342 million yearly to replace lost revenue in schools and fund educational programs targeting obesity. However, strong opposition led Ortiz to put the tax proposal on hold and instead propose a ban on the sale of soda by schools.

“The opposition to the bill was much louder and angrier than I anticipated,” says Ortiz. “Nevertheless, legislators are always reluctant to support new taxes, especially during election years, which I did anticipate.”

As of this writing, the bill is under consideration by the Revenue and Taxation Committee, which it must pass before going on to the Senate. But whether it passes or not, Ortiz’s bill is the latest in a number of proposals across the country targeting junk food. Governor Davis recently signed a bill prohibiting schools from selling foods that don’t meet specific dietary factors, such as those with a high fat content. In Maryland, a proposed bill would require restaurants providing sugared beverages to also provide a sugar-free alternative. The Kentucky House recently banned sodas and certain high-fat snacks from school vending machines. In Connecticut, a bill was filed to repeal a 6 percent sales tax exemption for candy sold to college cafeterias, senior centers, and daycare centers.

These states are focusing on junk food because of convincing data that obesity is becoming the country’s biggest health crisis. According to Satcher’s report, 61 percent of adults are overweight or obese, and some 300,000 people die each year from obesity-related health problems (compared to 400,000 yearly deaths linked to cigarette smoking). Children are affected as well, with 13 percent nationwide considered overweight. And in California, according to Ortiz, 30 percent of children are listed as overweight or obese.

“Obesity is definitely a huge problem,” says Eileen Jensen, family nurse practitioner and employee health manager for St. Joseph Health System, Greater Sonoma County. “In addition to increased injuries, obesity has been linked to many illnesses, such as diabetes, heart disease, and hypertension. Much of the time, these diseases can be prevented through weight management.”

It’s an expensive problem as well. In California, the cost of overweight adults is roughly $24.6 billion. Nationwide, obesity costs $117 billion per year in “direct and indirect costs.”

Soda is often mentioned because it has been specifically linked to childhood obesity in addition to adult obesity. Nicknamed “liquid candy” because of its high sugar content and null nutritional value, children get little benefit from drinking soda besides the obligatory caffeine and sugar high. And studies show that drinking soda is becoming a habit for many students, with the average teenage boy drinking 2.2 cans a day and the average teenage girl drinking 1.7 cans a day. In the United States, the average kid drinks more soda than milk.

But while these are good reasons for concern, some groups believe that these scientific findings have spurred a nationwide war on fat, which, in its most extreme form, threatens an individual’s right to choose his or her children’s diet. One such group is the Center for Consumer Freedom, which formed in direct response to the war on fat and now represents more than 30,000 supporters, including numerous eating establishments.

“We’re seeing activist groups and politicians attempt to affect consumer diets through hysteria or other political means,” says CCF communications director Mike Burita. “We believe that they use studies like the recent surgeon general’s report as leverage to advance their causes. We’re against all the bureaucrats and activists who think they can decide better than you what’s best for you.”

One trend in the war on fat is to categorize certain foods as bad or good. Some groups, like the Center for Science in the Public Interest based in Washington, D.C., even advocate subsidizing healthy food and taxing unhealthy food. Demonizing certain foods does little to help obesity since it takes the focus off lifestyle changes and moderation, according to Burita.

In this light, bills to ban certain foods in schools take on dangerous implications. Such bills strip schools of much needed revenue. Analy High School in Sebastopol, for example, sells soda in its student store, vending machines, and cafeteria. According to co-principal Doria Trombetta, the vending machines and student store support the associate student body, which funds sports and other student activities. Without the sale of food like soda, the school would lose a “great deal of those activities.”

In addition, banning foods in school can open doors to other laws. Shannon Brownlee, a Markle Senior Fellow at the New America Foundation, has advocated banning soda in schools as a “wedge” to open foods and beverages up to new government regulations and restrictions. And while legislators’ motives may not be that deliberate, there is some logic to the idea that since soda is already taxable, it’s easier for legislators to target than, say, butter or cream.

“Soda has been subject to the sales tax for as long as anyone can remember,” Says Ortiz. “Clearly people in this state have agreed for a long time that soda can barely be categorized as a food and is not essential to anyone’s diet. I would not necessarily advocate taxing and subsidizing a whole range of foods, but we do need to find ways to get people, especially kids, to think about the choices they make and how those choices affect their overall health and quality of life.”

Though an all-out war on fat is disputed, efforts to tackle the obesity problem are definitely coming into play. The surgeon general’s report stated that obesity could soon cause as much preventable disease and death as cigarette smoking. A RAND study published in March called the health risks of obesity “worse than smoking, drinking, or poverty.”

“The same model that was applied to the tobacco industry can be applied to the food industry,” says Burita. “Obesity is starting to be compared to smoking more and more.”

But in the end, all sides agree on the best response to the obesity epidemic.

“The key to this issue is education,” says Jensen. “People need to be taught about obesity and to, for example, drink more water instead of drinking soda. I don’t think extra taxes or banning certain foods will make the same kind of impact that more education will to the problem.”