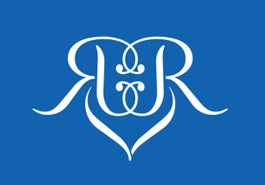 It was five years ago this winter we last reported from this place. Then, under gathering clouds of transition, we feared that the iconic compound known for decades as “Topolos” was headed for a precipitous decline. The restaurant was closed, the wine program erratic—would the grapes soon be overcome by blackberry vines, a cloud of bats streaming out at dusk from under the steeply pitched, wrecked roofs? Locals say the tormented ghost of Stu Pedasso wanders the grounds, searching for his lost corkscrew . . . for eternity!

It’s all true about the bats, you know. Over a thousand of the furry insectivores (like miniature pugs, except with wings, cuter and more useful) have taken up residence in the building’s twin cupolas, built to echo the Russian colony at Fort Ross. They’ve even moved into the former bride and groom’s rooms. These days, weddings take place under a grand oak tree in the vineyard, and ceremonies are relatively mosquito-free. Thank a bat.

During the light of day, things are looking up at Russian River Vineyards. The new restaurant, Corks, has a new chef and new menu; the dining room a clean, updated look. After a rocky start, the new regime has got it right. The tarted-up, awkwardly placed bar and the raisined glop of a Syrah we tasted last year are gone, replaced by a simple slab of tree trunk in the spacious center of the restaurant, and crisp, delicious libations.

The harvest was split equally between winemaker Anthony Austin and Woodenhead’s Nick Stez, and the resulting juicy 2008 Bella Sonoma, Sonoma Coast Syrah ($29) twins show the same violet, blueberry and far-away feral animal aromas, with Austin’s warmer and Stez’s darker. In the future, look for a “bat blend” that will benefit restoration efforts in cooperation with the California Bat Conservation Fund. Bat boxes will be built throughout the vineyard, in hopes that the colony will stay during winery remodeling. Otherwise, those gathering clouds might be made of mosquitoes.