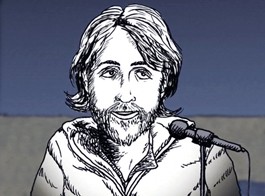 Those who still have a copy of the original Freight Train Boogie compilation, released in 2000, will notice three similarities to its just-released follow-up, Freight Train Boogie 2. The sequel kicks off with the Delmore Brothers&–penned title track, this time in a boot-stompin’ version by East Bay bluegrass maven Laurie Lewis; it also ends, just like the original’s closer “Home Run Willie,” with a song about baseball. Most importantly, between these bookends is a snapshot of the finest names in underground Americana music today jumbled in with a handful of well-knowns for a solid, flowing compilation to benefit KRCB 91.1-FM.

It’s those lesser-knowns, many of them regulars at Berkeley’s Freight & Salvage and Sebastopol’s Studio E, that fill a traditional role here. Terri Hendrix offers a tune with harmonica, accordion, mandolin and root-and-fifth bomp-bomp bass lines, and locals Marshall, Bolt & Harr turn in a raucous Ernest Tubb&–like story about a woman with “mud on her clothes and coke in her nose.” Elsewhere, touring stalwarts like Hayes Carll (above), Slaid Cleaves, Audrey Auld, Wayne Hancock and Sam Baker turn in great performances.

What makes Freight Train Boogie 2 especially distinctive are the rich, social-commentary songs. Dave Alvin’s “It Doesn’t Make Sense (You Can’t Make Peace)” takes the old folk form of list-making; he rattles off a litany of human accomplishments, only to decree that they’re all pretty useless if we’re still at war. Todd Snider, responsible for the brilliant anti-Bush satire “You Got Away with It,” here turns in the irony-laden “Mission Accomplished (Because You Gotta Have Faith).” And that baseball song? Peter Cooper’s “715 (For Hank Aaron)” spells out in a lengthy but never dull monologue the circumstances surrounding Hank Aaron’s breaking of Babe Ruth’s homerun record, including the racist reactions of the crowd, the pundits and even the songwriter’s own barber.

Co-producers Doug Jayne and Bill Frater are no strangers to local music. Jayne runs the Last Record Store in Santa Rosa and hosts “Connections” on KRCB and “Real Jazz” on the KRSH 95.9-FM, and Frater is a local mailman who hosts “Freight Train Boogie” on KRCB and is one of Americana music’s most information-filled champions. Together, they’ve pooled their musical acumen into a well-rounded, great-sounding compilation benefiting a valuable community resource: community powered public radio.

Freight Train Boogie 2 is available at the Last Record Store in Santa Rosa or at www.freighttrainboogie.com.

Previous ArticleDec. 23-30: Across the Bridge