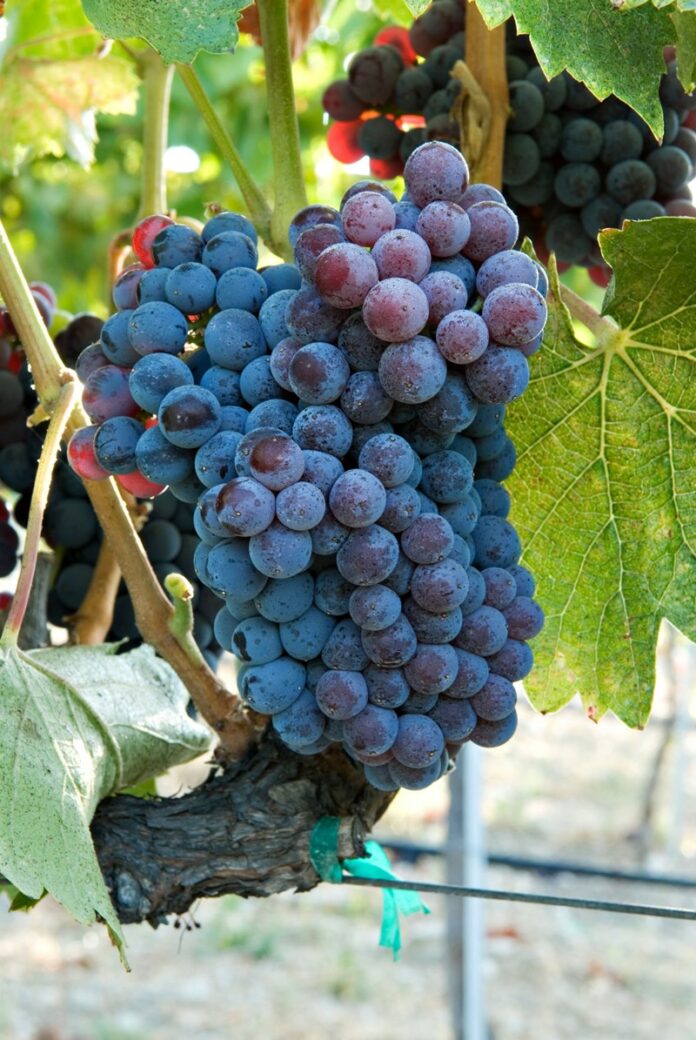 p>It’s been a while since the term “American Burgundy” was in general circulation. True, you can pick up a jug of Hearty Burgundy, if you squat down by the low shelves (don’t bend at the waist; it’s a gallon, and you could hurt yourself), but that’s another story. Americans have come to love the way “Pinot Noir” and “Chardonnay” drip off the tip of their tongue. Until Picpoul Blanc and the rest of the 22 grape varieties recognized by the Rhône Rangers get their very own festival, however, this one’s called the “16th Annual Celebration of American Rhône Wines.”

Rhone Rangers was founded in 1997, back when varietal wines like Syrah, Grenache, Mourvèdre and Roussanne were the mere sideshow that they still are. That’s just fine, if it means you can stroll the entire Festival Pavilion at Fort Mason, uninterrupted, from one end to the other. There was an eager huddle around Qupé, sure, and another cluster at Tablas Creek.

But it’s easy to get a drink at Kieran Robinson Wines, a one-wine outfit staffed by a young winemaker of the same name. With his plate full, making Cab for a Napa Valley winery, what does Robinson do with his free time? He makes a big, brooding 2009 Vivio Vineyard Bennett Valley Syrah ($53). “I sell more of it in Sonoma than Napa,” he says.

Just around the corner, Herb Quady, scion of sweet wine from Madera, pours a dry Quady North 2012 Rosé ($14). With pink grapefruit flavor and sizzling acidity, this quaff from “the state of Jefferson” reminds me of a recent tank sample of Santa Rosa’s Argot Wines’ 2012 Grenache Rosé—both made as rosé from the outset, not byproducts of a red wine. Look for more of this refreshing, honest style of rosé this spring.

Over here, I’m hailed by Chuck Mansfield, who, charged with Pinot Noir and Chardonnay production at Hop Kiln (Swirl, Oct. 5, 2011), also finds time to make a 2011 El Dorado Grenache ($18) at Four Fields Wines, the winery he owns. With all the success that Martinelli Winery has had with Pinot and Zin, only a jackass would persist with Syrah like the 2009 Zio Tony Ranch Russian River Valley Syrah ($75), with its seriously smoky, sauvage aromas . . . Mmm, but hey, isn’t that a lot for a Syrah? Not for a pretty good Côte-Rôtie, it’s not. You want value, listen to what Kieran Robinson has to say about California Syrah’s current fan base: “It’s a wine lover’s wine.” Folks pay good money for marketing messages like that, and he’s just giving it away.