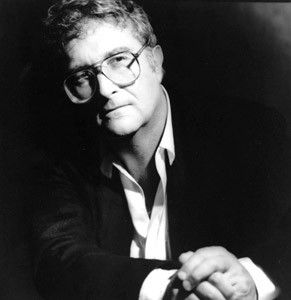 New from Newman: The rough draft for ‘Good Old Boys’ finally sees the light of day.

It’s been called the Holy Grail for Randy Newman fans. Johnny Cutler’s Birthday, the previously unreleased 13-song rough draft for Newman’s controversial 1974 album Good Old Boys, has surfaced as a bonus disc in the first wave of Rhino Records’ extensive reissue series devoted to the iconoclastic singer and songwriter that includes extended editions of Sail Away and the score to Ragtime, Newman’s first foray into film work.

On the Birthday disc, included with Good Old Boys, Newman performs alone on the piano and narrates the backstory for the producer, delivering sometimes insightful asides and cynical self-criticism. Johnny Cutler’s Birthday is a highly theatrical work–a collection of short stories set to music, really–that forms the basis for the resulting concept album about Southern life and its cast of misfits. The disc includes eight songs that never made it onto the eventual Good Old Boys and is so different in its focus that Johnny Cutler’s Birthday stands alone as a “lost” Newman masterwork.

For its part, Good Old Boys serves as a richly hued history lesson, a snapshot of Southern culture haunted by the ghosts of the past–including racism, poverty, and rampant political corruption–as the region stood on the cusp of the so-called liberalism that has transformed parts of the New South. But Johnny Cutler’s Birthday is a much more personal tale, perfectly illustrating Newman’s uncanny ability to step into the shoes of his characters.

For instance, the lament “Shining,” later dropped from Good Old Boys, details the pain and disillusionment of Johnny’s wife, Marie, who bitterly complains about being little more than a trophy wife. It gives a whole new layer of meaning to “Marie,” Johnny’s wistful homage to his wife and a sadly beautiful song included on the final album.

Other Birthday songs, like a planned rendition of the Albanian national anthem that was to be sung by the West Point Glee Club (no, really), lend little or no insight to the project. “I haven’t decided whether to include this,” Newman announces to the producer before introducing the track. “Who the fuck am I talking to anyway?” he ponders. “Who’s gonna hear this?”

While Johnny Cutler’s Birthday is getting a lot of well-deserved praise in the press, it would be a pity if it overshadowed the brilliance of Good Old Boys. That album explored the dark heart of a nation grappling with the racial hatred and prejudice of the past and facing an uncertain future led by political hucksters and charlatans– “Mr. President (Have Pity on the Working Man),” featured on Good Old Boys, was recorded on Aug. 9, 1973, the day Richard Nixon resigned from office.

The album, from its racially tinged satire to its Huey Long-inspired populism, remains stark and relevant. Upon its release, however, Good Old Boys generated a lot of controversy. That was due largely to the provocative nature of the opening track, “Rednecks,” in which the New Orleans-born and L.A.-raised Newman made liberal lyrical use of the n-word at a time when that was almost unheard of outside the black community.

The song also drew fire for juxtaposing the stereotypical ignorance of white Southerners (“We’re rednecks, we’re rednecks / We don’t know our ass from a hole in the ground”) with the sanctimonious attitudes of Northerners who lived in denial about their own mistreatment of blacks. The song delivered a sardonic blast at a time when major desegregation battles, from widespread economic inequality to forced bussing of blacks and whites to public schools, raged though Boston, Chicago, Newark, Detroit, and elsewhere–supposedly enlightened Northern cities that had seen their share of racial violence in recent years.

In light of the flood of jingoistic pop and country music flooding the airwaves in the post-Sept. 11 period and the utter failure of contemporary Americana artists to come up with anything even remotely as poignant as Newman’s bittersweet 1974 ode to America, Good Old Boys stands as a highly influential masterwork akin to such literary counterparts as the best of Flannery O’Connor’s writings.

As O’Connor once wrote, “In the long run, a people is known, not by its statements or its statistics, but by the stories it tells.” Good Old Boys continues to speak volumes about America.