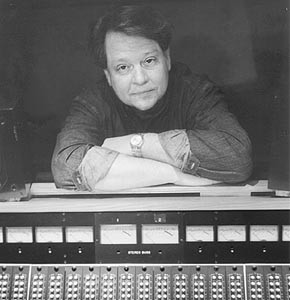 I’LL TELL YOU TWO THINGS,” says recording studio owner Mark Rennick, who is known almost exclusively by his nickname, Mooka. “First, the best thing about what I do is the cool people I meet. The second thing is that I call everybody Bubba.”

Fair warning for an interview session that proves to be an exercise in loquacity. Touring Rennick’s sprawling Prairie Sun Recording Studio compound for even a brief stretch finds the 46-year-old displaying the range of interests required of an owner, manager, engineer, producer, and, most important, musician. One moment Rennick is addressing the pros and cons of digital recording equipment, the next he’s picking up a nearby stand-up bass and plucking the strings reflectively.

“I want to be an artist. Period,” says Rennick, who in his limited spare time performs in a politically charged spoken-word ensemble, the Abolitionists, and plays bass in the local Kay Irvine Band. “The recording-studio business is really just a means to an end. I run an artist’s colony that sometimes I’m forced to approach as a business.”

As such, Rennick and his wife, Cherrie, are immersed in the innumerable responsibilities inherent in running an operation that is open 24 hours a day, 365 days a year.

“If people want to record, we have to be there. It doesn’t matter if it’s 2 in the morning on Christmas Eve, we’ll have an engineer in there,” says Rennick, whose workday starts at 7 a.m. and invariably ends between 10 p.m. and 2 a.m. “We have to cram sometimes, so it can be high pressure. People snap and lose it all the time.”

“It’s a competitive business, and with the trend today of buying equipment and doing it at home, a studio must have its own niche.”

THE ROAR OF A CHAIN SAW marked the genesis of Prairie Sun, founded in 1978 when Rennick bored a tremendous hole through the living room wall of his rental house in Cotati. “We needed a control-room window,” recalls Rennick, who at the time was studying East Indian music at Sonoma State.

From that spontaneous beginning, Prairie Sun has evolved into one of Sonoma County’s best-kept cultural secrets, a place where art and science meet. Along with thousands of other musicians, Van Morrison, Primus, Faith No More, the Melvins, and surf music creator Dick Dale all have recorded at Prairie Sun or used its post-production facilities. Producer and engineer Steve Albini (Nirvana, Pixies, Led Zeppelin) does work at PSR, as does Sonoma County artist Tom Waits, whose Bone Machine CD, winner of the 1992 Grammy for Best Alternative release, was co-produced by Waits and his wife, Kathleen Brennan, entirely at Prairie Sun.

In an industry overrun with power lunches, cell-phone palaver, and high-tech sterility, Rennick has managed to maintain a “middle-class, mom-and-pop honesty.” Perhaps because of this, Prairie Sun, named for the Prairie Grass Restoration Project in Rennick’s native Illinois, has accomplished the difficult task of appealing to local bands with small budgets and little experience while garnering established national acts via industry word-of-mouth.

Down ‘n’ dirty in the cottage recording industry

The studio is known as a residential recording facility with a technical bent toward vintage analog-recording equipment as well as state-of-the-art digital technology. “We have a strong blend of old and new. We emphasize unique acoustical environments,” says Rennick.

Take it as a testament to the rolling hills of the west county that a further aspect of Prairie Sun’s niche is location. “It’s a real gem,” says Jeff Sloan, a former studio manager at Prairie Sun for seven years who recently oversaw all production for Waits’ newly completed album set for release this spring on Epitaph Records. “Sonoma County has a lot of little places like that tucked away. [But] it’s a real music retreat–no phone calls or worry about where you’re staying, and you’re 10 feet from the studio.”

IN 1981, after being “encouraged” to relocate by beleaguered neighbors in Cotati, Rennick teamed with Clifton Buck-Kaufman, an art collector and co-founder of the annual Cotati Accordion Festival, and moved Prairie Sun to an old 12-acre chicken ranch just off west Highway 116.

Over the last two decades the sprawling compound where Buck-Kaufman’s family had lived for more than 75 years has evolved into “a full turnkey, multifaceted recording facility.” But the bucolic exterior hardly suggests the high-tech setup within. Cows and horses plod about aimlessly. The grounds, which hold a commanding view of the windswept and cypress-encrusted countryside, are most notable for a pen of Shetland ponies, an enormous garden, and a well-used basketball hoop. The personality of the place could not be more laid-back.

Alongside the half-dozen converted barns, sheds, and cottages that accommodate record-making are three guest houses where musicians often make extended stays with family or entourage.

“A ‘turnkey’ studio means you can do a full-tilt project there,” Sloan says. “You can complete the whole process in one location.”

Briefly, the steps involved in recording begin with rehearsal and pre-production, move to tracking and overdubbing, and end with mixing and mastering. Prairie Sun has three actual studios, each suited for specific needs.

Studio A is the primary mixing room, containing a 48-track mixing board and an overdubbing isolation booth. Studio B is the main tracking, or recording, room: “It’s acousticized and has no parallel walls to eliminate sound trapping,” Sloan explains.

Studio X and the live areas are down in the old cement hatchery rooms, one of which, now called the Waiting Room, is Tom Waits’ preferred acoustic environment.

On this day, occupying a full corner of the cavernous main room of Studio X is an enormous pile of exotic instruments used by Waits while recently recording his yet-to-be-titled new album. The array runs the gamut from the gauche to the ramshackle, the most identifiable objects being huge, old wooden drums, antique carnival pianos, guitars of all shapes and sizes, and a heap of rusty yard tools.

“What we like about Tom is that he is a musicologist. And he has a tremendous ear,” Rennick says. “His talent is a national treasure.”

But in addition to the big names that frequent Prairie Sun, notable local bands such as the Sorentinos, Tarnation, Bracket, Dixie Star, Jumbo, Woodbine, Skatz 007, and even local R&B legend Johnny Otis also have recorded at the Cotati studio.

“If somebody works his day job and has a part-time job, saves every penny that he’s got to come to my studio, I must be as responsible to him as I would want someone to be for me,” Rennick says. “I have the ultimate respect for any artist willing to work on realizing his dreams.”