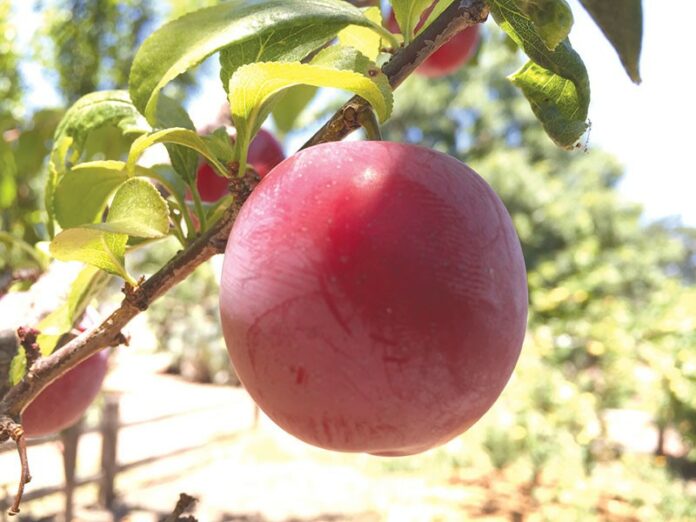 The Santa Rosa plum is in season!

If you know anything about Luther Burbank, you know the famed local horticulturalist developed the Santa Rosa plum in his hometown. It’s summer, and last week’s heat wave means the plums are juicy and ripe right now.

Burbank developed his plums for a long shelf life as well as durability for transportation. The plum also has a very long season, which makes it a great varietal to grow in the North Bay if you love plums.

The Santa Rosa plum is a hybrid of Prunus triflora, Prunus simonii and Prunus americana. In 1914, Burbank declared the Santa Rosa plum to be among his four best. His other favorites were the Formosa, beauty and Wickson plums.

When Burbank was developing his hybrid there were no plant patents, so in order to keep his intellectual property secret, he had a special way of recording which trees he used as parents when he was pollinating his fruit. He would tap the pollen from the flower onto a glass watch face, then use a horsehair brush and brush the pollen onto the flower of the tree he wanted to cross-pollinate. He would then tie a piece of torn clothing around the tree that he got the pollen from, as well as the tree he pollinated, and in this way kept track of which tree was the parent to which fruit.

Burbank is also known for the development of the pluot and the plumcot, botanical achievements nay-sayers at the time told him couldn’t be done.

A Palooza, for Oysters