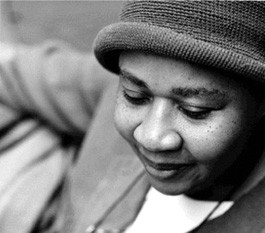 Out of a Small Place

Thirty-two years after her first published work, Jamaica Kincaid has become one of those legendary, nearly untouchable writers in the contemporary literary canon. No doubt she’s earned this status, beginning with her 20-year career as a New Yorker writer under the editorial helm of Wallace Shawn and continuing through to numerous books. Her books are often haunting meditations on her childhood and her ancestry in Antigua, a colonized tropical country, where the people continue to fight through poverty and despair. In 1997, she published My Brother, sharing with the world the story of her youngest sibling’s death from AIDS in 1996.

On Feb. 17, Kincaid appears at Sonoma State University’s Green Music Center to present a talk titled “In a Small Space: Reading and Writing.” She discusses reading and writing under slavery, and the aftermath of slavery on literacy. The subject matter is no surprise; Kincaid once said, “I never give up thinking about the way I came into the world, how my ancestors came from Africa to the West Indies as slaves. I just never forget it. It’s like a big wave that’s still pulsing.”

After leaving for New York to become an au pair when she was 17, Kincaid was discovered by a New Yorker staffer and began writing “Talk of the Town” pieces. She served as contributing writer for the next nine years. At the time, Kincaid’s incisive writing carved her a place in an elite pantheon dominated by white, Harvard-educated men; she used that position to fearlessly critique a world skewed against women and people of color. Now a professor at Claremont College, Kincaid was elected to the American Academy of Arts and Sciences in 2009, and her work is vital for anyone living in a colonized place—which pretty much includes all of us.