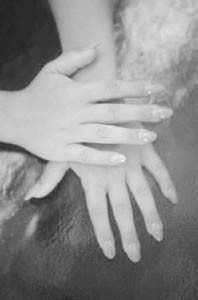 ELEVEN-YEAR-OLD Walter W. “Trey” Atkin III was killed last windy Saturday while at a birthday party. He was retrieving a ball from under a tree when a limb broke, hitting him on the back and crushing his skull. His parents, Petaluma residents Chip and Margie Atkin, bravely made the decision to donate their only child’s organs to others. These are just the facts; the deep impact of Trey’s death upon his parents cannot be imagined. I can barely peer over the lip of this Grand Canyon of grief–it is too hugely large to comprehend.

When something this illogical happens, when the universe snaps to send a limb from the sky or a bad man in through the back door, we cast about for a moral. But like the abduction and murder of 12-year-old Polly Klaas, Trey’s death offers no good story of wrong actions to warn against. Don’t go to birthday parties on windy days? Don’t have a slumber party in your own home with your mother present? I think not.

My first reaction upon reading of Trey’s death was to tell my own children that they could never go outside again. Indolent boys with Game Boy calluses on their fingers, they were delighted. They whooped. They knew that I was kidding. Sort of. And I was kidding, sort of. Because my druthers were indeed to scoop each child up in a balloon, set them upon my knees, and hold them tightly forever. There they’d be, graying and bearded, unmarried and uneducated, still sitting on my bony lap where I could guard them.

But the dry rigors of daily life demand that I stand up and they slide off. So I uneasily let them go to school all alone and sleep in rooms with electricity pulsing through the wires. They can attend birthday and slumber parties. They may carry scissors, use knives, and flirt with the homely threats of the bathtub. They do, occasionally, step outside. Somehow we all learn to live with the knowledge that this big entire world is an irrationally dangerous place. Yet maybe there is a small good story in the Atkins’ tragedy.