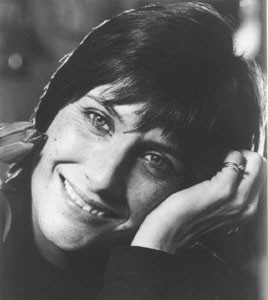 SINCE I FIRST HEARD the news last week–a short, sad radio report announcing that activist and folksinger Mimi Farina had died of cancer at age 56–my mind has been drifting back, at odd moments, to the brief but unforgettable conversation I once had with the groundbreaking founder of Bread & Roses, the organization that brings music into the lives of prisoners and other people cut off from the mainstream of society.

It was January 1996. I’d called the Bread & Roses offices in Mill Valley to invite Farina to see the film Dead Man Walking, a true-life story about Sister Helen Prejean and her controversial friendship with a convicted killer marked for execution. The invitation was part of my ongoing project, a collection of taped conversations with interesting individuals, responding to the emotions and ideas within challenging movies. Farina graciously accepted.

After the film–through which she cried, openly–we took a walk along the streets of Mill Valley. Farina was determined to come up with an explanation for why people like Prejean–and herself–would turn their lives to the needs of others.

“When I look at the whole work of Bread & Roses–performing for convicts in prison, seniors who are isolated, children in kids’ wards who may never come back out again–I realize it comes from my deep, deep need to try and make some sort of community for them. Sister Helen does it by bringing them a sense of God,” she said. “I do it by bringing them music.”

“It’s not that tangible,” she replied, with a sigh. “It’s not the money, certainly. Bread & Roses is not driven by the bottom line.” She continued walking, musing silently before adding, “I think it’s just so I can rest within myself, within my soul. Also, sometimes, I know it’s so I have a place to be, that I’m proud of. And literally a place to go during the day, a place that I’ve created and that is meaningful to me.”

At that point she stopped. Smiling an enormous, face-brightening smile, Farina laughed. “Oh, I don’t know why I do this. And I’ve just decided that it doesn’t matter. Sister Helen says she didn’t know why she was doing what she did–and neither do I.

“I’m just thankful, so thankful, that I get to do it at all.”