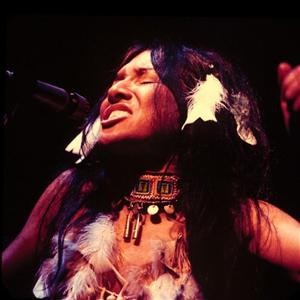 Before the White House released a letter during Lyndon Johnson’s presidency stating Buffy Sainte-Marie’s music “deserved to be suppressed,” this civil rights activist for the indigenous people of the Americas had no shortage of airplay. Once voted Billboard’s Best New Artist in the ’60s, Sainte-Marie later went into hiding, hardly to be heard from again. Now, almost 50 years after her illustrious career began, she’s ready to take back the spotlight. See her on Thursday, Oct. 6, at the Napa Valley Opera House. 1030 Main St., Napa. 8pm. $35–$40. 707.226.7372