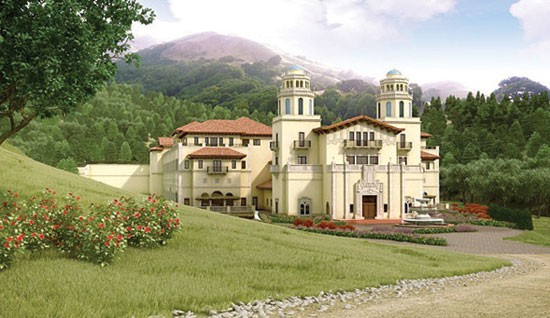 NIMBY? Not I, Said the Little Green Marin

His next move, some here say, was payback for what Lucas described in a written statement as the “bitterness and anger” expressed by his neighbors.

Interesting to me is that this story is written by someone from the Times, over 400 miles away. A planning commission meeting where affordable housing minimums are discussed isn’t often statewide news—but then again, this is Marin we’re talking about here. La Ganga mentions the statistic that that 60 percent of Marin’s workforce commutes from out of the area. She also reports there have been protestors seen in Marin wearing buttons with the slogan “End Apartheid in Marin County” as a stance against the disparity.

A report from Live Local Marin, Miles From Home, puts into detail the commuting numbers mentioned above, along with plenty of other pertinent info—like that many of those workforce commuters make less than $40,000 per year.

Lucas’ projects, along with the topic of affordable housing in Marin — which some would call an oxymoron — have garnered quite a bit of attention in the local press. The issue is far from resolved, and this reporter is looking forward to reading the sequels and finding out how the story unfolds.

For a little back story on the project and Marin’s housing issues:

A Bohemian article on Lucas’ promises of affordable housing.

A Press Democrat article on Lucas abandoning the original project.

A Marin Independent Journal article on the local opposition of the zoning.