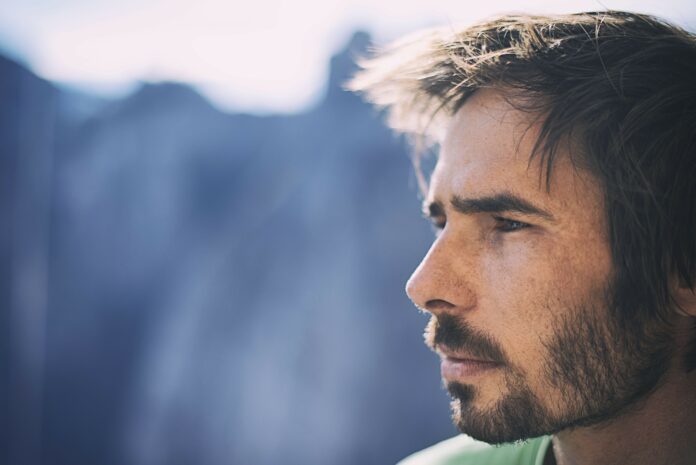 It’s been called the hardest climb in the world. The Dawn Wall of Yosemite National Park’s famous El Capitan rock formation is 3,000 feet of sheer, unforgiving granite rising vertically from the valley.

In the 150 years since El Capitan was first explored, many climbers have traversed other routes up the rock, but no one has been able to successfully free-climb the Dawn Wall. Until now.

Last December, Kevin Jorgeson and Colorado climber Tommy Caldwell left the valley floor at El Capitan to begin their push. Nineteen days later they achieved the impossible and became the first men ever to free-climb the Dawn Wall. On Aug. 16, Jorgeson and Caldwell talk about the climb and more at the Wells Fargo Center for the Arts.

“I got started when I went to the grand opening of Vertex [Climbing Center] in Santa Rosa in 1995, when I was 10 years old,” Jorgeson says. “I’ve been climbing ever since.”

Now 30, the Santa Rosa native has been a full-time professional and sponsored climber since he was 22. He’s been climbing at Yosemite since his 16th birthday, but his experience with the Dawn Wall began in 2009, when he first called Caldwell, who was in the early stages of planning an ascent up it, to see if he needed a partner.

Six years went into planning their path and honing their skills. The pair would only bring enough gear to climb, eat and pitch a tent—all on the side of the wall.

On Dec. 28, 2014, they left the ground. “We knew it would take at least 12 days, and we knew that it could take longer, but that was about it,” says Jorgeson. “We were prepared to stay up there as long as it took.”

For the nearly three-week climb, Jorgeson and Caldwell purposefully worked in the evening when the winter weather was coldest, allowing for the most friction and best grips for climbing. Many times, the two hauled themselves up the wall by their fingertips in the dark and spent their days thousands of feet in the air with high winds whipping the tent around. It should also be noted that Caldwell accomplished this with most of his left index finger missing, due to a table saw accident in 2001.

“You try to make it as low-pressure as possible, to think of it as a vertical camping trip with some really intense climbing thrown in,” says Jorgeson.

Finally, on Jan. 14, the duo reached the summit and popped the Champagne. “It’s pretty special to have the battle be over and the stress be over, having the fight be up and having won,” says Jorgeson. “It was a very real possibility that we were never going to do it. That’s the nature of taking on a big, crazy, audacious goal. Success is never guaranteed, and if you’re not OK with that, you’re probably in the wrong business.”

Jorgeson and Caldwell completed the climb only to enter a blizzard of national attention that included a congratulatory call from President Obama.

Jorgeson wants this week’s appearance in Santa Rosa to be an intimate event, and looks forward to sharing an inside view of the climb with his hometown crowd. “[Climbers are] a super-tight-knit community, and that’s one of the most special parts about climbing,” he says.

Jorgeson and Caldwell are also going to show footage from the climb that’s never been seen before. The two had a film crew following them for the entire process, and the footage is being edited into a full-length documentary, set for release next year. The event will also include a Q&A session.

“I expect a little heckling as well,” laughs Jorgeson, who describes the Sonoma County climbing scene as a vibrant family, and a rapidly growing one, thanks to Vertex.

“I’ve decided to keep Santa Rosa my hometown,” he says. “My fiancée and I were both vagabonds for many years, and I never really held a permanent address, but we moved back last August and we’re going to stay.”

As a full-time climber, Jorgeson wants to see Vertex have an even larger, world-class facility in Santa Rosa that can fully satisfy the demands in Sonoma County. He’s using his experience in the industry to help the center find a new space, design modern climbing gym walls and develop new training programs, workshops and events.

He’s also thinking about his next climbing project, and his new plan is as audacious as his last one.

“I want to use remote rivers around the world as the new trailhead for exploring and developing climbing,” he says. Looking at rivers in China, Norway, Peru and the United States, Jorgeson is targeting locations based on climbing potential, hoping to tackle untouched canyons in a series of expeditions unlike anything else in the climbing world.