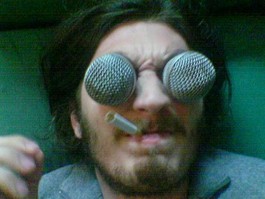 F ounded over 2,700 years ago by Greek Corinthians, Southern Italy’s ancient Sicilian city of Syracuse might not seem like the likeliest nest for a challenging, angular art-rock band who spell their name with a conspicuous apostrophe. Not, at least, until 1998, when Suzanne’Silver, four Sicilians in a city of 125,000, decided to change the landscape of their historic area completely. Ten years later, emboldened by a lot of time spent listening to Sonic Youth, Shellac, the Fall and Unwound, Suzanne’Silver are hitting the West Coast to wreak their Mediterranean mayhem on the shores of the Pacific.

According to the band’s website, the roots of Suzanne’Silver were similar to just about any rock band across the world. “We were teens,” it says, “and play rock ‘n’ roll not to think suicidin’. Sicily’s a very hot country, the soil burns, we don’t wanna work.” Ah, the enviable languor of the Europeans.

Southern Italy has long been associated with the Calabrian mafia, whose historic folk songs contrast beautiful melodies with ruthless tales of revenge and murder. Suzanne’Silver flips the traditional equation around, performing clamorous and nearly malfunctioning music, completely estranged from cuddly pop forms; the lyrical references cascade with such unthreatening subject matter as orange trees, sand dunes and crescent moons. Just as the ruins of Syracuse’s faded Roman Amphitheatre crumble into dust, so too does the conventional structure of Sicilian music crumble under the shirtless and unshaven modernity of Suzanne’Silver.