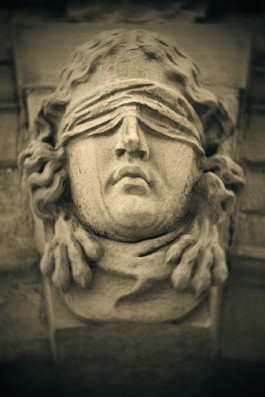 N early six and a half years ago, Novato High School’s student newspaper, The Buzz , published a controversial editorial entitled “Immigration.” Penned by the paper’s journalism program student-elected opinion editor, Andrew Smith, then a senior, “Immigration” suggested non-English-speaking immigrants be stopped and questioned. “Seems to me,” Smith wrote, “that the only reason why they can’t speak English is because they are illegal.” Smith advised, “If a person looks suspicious, then just stop them and ask a few questions, and if they answer ‘Que?’ detain them and see if they are legal.”

Smith went on to suggest that peace officers “should treat these people the way cops would treat a suspected criminal.” In fact, Smith claimed many undocumented aliens were just that. “Criminals usually flee here in order to escape their punishment.” Smith suggested that illegals work “manual labor while being paid under the table tax-free,” and are often involved in “drug dealing, robbery or even welfare.”

Reaction to Smith’s op-ed was swift. Many Novato community members were outraged by the piece. On Nov. 14, 2001, the day following publication of Smith’s editorial, about 150 students and parents met to protest it on the Novato High School campus. In response, the school’s superintendent ordered all remaining copies of the paper be seized, and a letter sent to Novato parents insisting Smith’s op-ed should never have found its way into print because it “negatively presented immigrants in general and Hispanics in particular.”

Smith felt his First Amendment rights were infringed upon and that he was being unfairly blamed for writing something both the school principal and his journalism teacher had originally OK’d. Moreover, because of the school administration’s irresponsible and arbitrary actions, Smith felt that he had suffered harassment, ridicule, taunts and that he had “become a target.”

“The only reason I wrote the article and the way I wrote it,” Smith told Fox News, “was to get people to read it and to think about the topic I was presenting.”

On May 2, 2001, Smith’s father, Dale Smith, filed a civil suit on behalf of his son in Marin County Superior Court. The suit claimed that because Andrew Smith had expressed an unpopular opinion, he had been illegally censored.

Thirteen years prior, in 1988, the United States Supreme Court gave public school officials the right to censor their school newspaper’s content, ruling that such abridgement does not violate a student-author’s First Amendment right to free speech. However, the State of California’s public school code Section 48907 ensures each student’s right to free expression unless it “so incites students as to create a clear and present danger of the regulations, or the substantial disruption of the orderly operation of the school.”

This alleged incitement became the basis of the Novato school district’s claim that they had acted legally and responsibly in the case of Smith’s op-ed piece. The larger question was, which would take precedence, state or federal law?

The Smith family obtained counsel from the conservative Sacramento-based Pacific Legal Foundation. Their case was heard first by Marin County Superior Court Judge John A. Sutro Jr., who ruled in favor of the Novato Unified School District. Sutro upheld the school’s right to both remove Smith’s first op-ed piece, as well as allowing them to set limiting conditions on a second piece he’d written on the subject of “reverse discrimination.” This second piece never found its way into print.

Shortly after the Smith lawsuit was filed, Novato Unified School District spokesperson Dianne Pavia said, “It was never the district’s intent to usurp any student’s rights to freedom of speech, but the school district is charged by law to consider issues of safety and disruption to educational programs.”

California State’s First District Court of Appeal disagreed. On May 22 of last year, they reversed the Marin County Superior Court decision, ruling that the school district had indeed usurped Smith’s free speech rights. Speaking for the court, Justice Linda M. Gemollo wrote, “Schools may only prohibit speech that incites disruption, either because it specifically calls for a disturbance or because the manner of expression (as opposed to the content of the ideas) is so inflammatory that the speech itself provokes the disturbance.” Andrew Smith was awarded a declaration that his protected speech rights had been violated, along with $1 in nominal damages.

In response to the Supreme Court deciding to forgo the case, Paul J. Beard II, the Smiths’ lead attorney said, “Andrew Smith can now claim a conclusive victory. But in a larger sense, all student journalists in California are winners, because this case establishes once and for all that they can’t be censored for not conforming to some ideological agenda.”