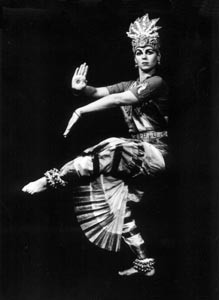 Marin choreographers fight for the future of dance

CONSIDER Marin County with the mind of a dancer. Mile-high mortgages. Few late-night coffeehouses. Too close to San Francisco to warrant sufficient performance spaces, and too much heavy traffic to make attending classes in the city anything but a chore.

Not the most promising place to settle down–yet dozens of dancers, teachers, and choreographers have done just that. And the spirit of artistic experimentation is strong enough to have inspired Marin’s 21st Century Dance Collaboration, a showcase of work by 11 Bay Area choreographers going onstage Sept. 22-24 in San Rafael.

This year’s showcase, the second event by that name and the fourth such gathering of Marin dance talents since 1995, promises to blow stereotypes about the suburbs wide open. The choreographers, the majority of whom will be on their home turf, have designed works in collaboration with local composers and sound designers.

Ranging from ethnic dances to ballet, the program hinges on modern and postmodern dance expressions that would be right at home in Theater Artaud or any other cutting-edge performance space in San Francisco.

And Marin dancers are different, says collaboration organizer Hilary Kretchmer: this is not a land of strung-out, struggling dancer/waiters.

“Dancers here are really well trained, but they usually don’t want to give their whole lives over to the dancer’s life,” says Kretchmer, the artistic director of Zero Gravity Dance Theater, who trained and performed professionally in the big dance towns–New York City, Los Angeles, San Francisco–before moving to Marin in 1988 and acquiring a husband, two dogs, and a job as a webmaster. “They just want to have a well-rounded life.”

Well-rounded should not be mistaken as code for staid or boring, say Marin dance supporters. “People are very accepting of experimental art projects,” says Sandi Weldon, who teaches jazz and theatrical dance at the College of Marin in Kentfield. “It’s really exciting here. You can do anything.”

In fact, Marin County has a significant history of modern dance and experimentation. Modern choreographer June Watanabe–who lives in San Rafael and teaches at Mills College in Oakland–got her start here in the 1970s. At the same time, Gaia Dance, Marin County Dance Coalition, and a handful of community-based companies played to appreciative audiences at venues around the Marin County.

With the recession in the ’80s, Marin dance, like the art world in general, faded into the woodwork. But there were pockets of local dancers and choreographers who survived by finding work outside the county, as Watanabe did, or by centering their work in the more stable dance world in San Francisco, as did modern choreographer Deborah Slater.

Others have broadened their outreach by opening nonprofessional studios, such as Annie Rosenthal in Mill Valley, or by expanding the focus of their dance events, as did Anna Halprin with her community dance events.

MOST choreographers would agree that there is currently sufficient public interest in the North Bay to support dance events. The real issue is often, unfortunately, money. “I’ve lost many dancers to the cost of living,” says Slater.

Public arts funding sources are notoriously slow in responding to grant proposals and usually don’t have enough to go around. What with crews, costumes, and publicity, staging shows in an actual theater is prohibitively expensive, especially for smaller dance companies. “Most modern companies couldn’t really afford to put on their own shows in these high-profile venues,” says Lorien Fenton, co-organizer of the Dance Collaboration and artistic director of Dance Outré in Novato.

In contrast, ballet events are relatively common in Marin. Ballet schools are strong and well funded, with a regular source of support: parents.

“We don’t have such schools in modern dance,” says Kretchmer. “The modern companies that do exist pay abominably compared to ballet companies. So fewer people want to work toward that.”

In this sense, then, Marin’s Dance Collaboration and its precursor, the Marin County Festival of Dance, have helped provide a focal point for the North Bay’s community of choreographers and dancers. Having a showcase for one’s work is essential to the choreographer, says Kretchmer. “I can go to a studio and classes, but if I don’t have anything to work for, I never get anywhere. The choreography doesn’t really take shape until you know you have someplace to perform.”

And as any performer knows, the venue shapes the work. This is the second year that the Collaboration is taking place in the Marin Center; in 1995 and 1997, as the Marin County Festival of Dance, the showcase took place outdoors, a setting that presented special charms and challenges to organizers and dancers alike.

“Outdoors was neat because it lent a kind of a casual air to the performance,” Kretchmer says. “It was more like a festival. People could go in and out at leisure. But it was hard on choreographers, in that it’s very low-tech. There is no lighting or backdrop, and it severely limits the type of piece you can do.”

The choreographers on this year’s program will be taking advantage of the indoor amenities with a full range of styles, from the Indian Kathak dance of Hilary Marsh to a circus/capoiera hybrid from Jodi Lomask’s Capacitor in Oakland.

It’s a combination of dances that doesn’t often make it to the same stage in one night. But if anything defines Marin dance, says Deborah Slater, it’s the collaborative, collective focus. Professional jealousy is muted, if it exists, and support for one another’s events is strong. “When I told people in New York that we went to other choreographers’ concerts, they thought we were strange,” Slater recalls.

Collaboration, Kretchmer says, is the only future for dance in Marin. “If we really want things to change for dance, if we want to build a reputation as a place for choreographers to flourish and grow an audience for dance, we have to unite,” she says.

“It goes against the personality of an artist in general,” she continues. “We’re usually very independent. But dance historically has been underfunded, underattended, and underrepresented, so we have to make it happen for ourselves.”