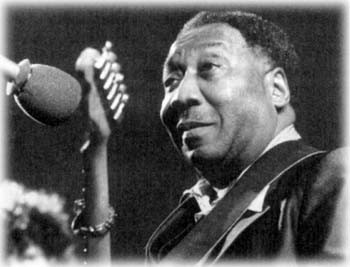 Lomax Collection is a wellspring of roots music

MISSISSIPPI FRED McDowell, who wrote “Kokomo” (Bonnie Raitt performs a splendid version) and a thousand other seminal blues songs, is famous among those who know his music for having said, “I do not play no rock and roll.” He wasn’t trashing the upstart idiom–indeed, Eric Clapton and Michael Bloomfield, who together with Jimi Hendrix virtually invented modern rock guitar playing, loved his work. McDowell was simply acknowledging that he plays deeper in the water than the kids, below the currents of trend and popularity. On his song “61 Highway” the singer calls on friends to “please see somebody for me” and tell her “that life is all right with me.

“I say please!” McDowell cries out over his slippery guitar, the bottleneck throbbing furiously on the strings. “Pleeeeease!”

This isn’t Bob Dylan’s metaphorical Highway 61, where God and Georgia Sam and Mack the Finger and the fifth daughter of the first father run, hide, sell, and kill. For Fred McDowell, Highway 61 is “the only road I know,” the one that runs “from New York City right on by my baby’s door,” the place he wants to be with his baby “before you think my time has come” because then “I want you to bury my body down on Highway 61.” The real pavement, in other words: the hard, bloody, shining blacktop of raw life melting like a mirror in the Mississippi heat.

Yet, “61 Highway” is but one gem among literally thousands collected and taped in the field by Alan Lomax, the indispensable music archivist. Now the entirety of those recordings, most of them made in America in the 1930s and ’40s for the Library of Congress but also made by Lomax in the ’50s and ’60s in the British Isles, the Caribbean, Spain, Italy, Eastern Europe, Japan, Bali, and Canada for the BBC, Columbia Records, and other organizations, are being released in a monumental series of CDs by Rounder Records under the title “The Alan Lomax Collection.” When the final CDs in the set are released in five to six years, the collection will comprise more than 100 discs.

Overestimating the importance of the collection is impossible. The music in these recordings is the floor beneath the ocean of all of the earth’s folk and popular music (save, perhaps, for instrumental classical music, though go back far enough and classical, too, is rooted in naive traditions).

The Lomax collection contains not only the bedrock of rock and roll but the foundations of jazz, R&B, bluegrass, country & western, Tin Pan Alley, parlor songs, American musicals, church hymns, and Italian opera. You name it, and Alan Lomax found it at its source. He discovered astonishing talent and material just about everywhere he looked. Just one early example is Leadbelly, the writer of “The Midnight Special,” “Goodnight Irene,” and “Rock Island Line,” whom Alan and his father, John (the essential inventor of field musicology), found languishing in a Texas jail during the Depression.

Later in the ’30s, Alan Lomax recorded the fantastic (and at times a little fantastical) oral history of jazz as told by one of the founders of the form, Jelly Roll Morton. And in the ’40s Lomax discovered and was the first to record McKinley Morganfield–aka Muddy Waters.

Beyond the blues, Lomax is responsible for introducing broad American radio and concert audiences to the sounds of Tex-Mex and norteño corridos, Balinese gamelan music, Mediterranean folk songs, chain-gang chants, and traditional shape-note singing, among dozens of other styles and genres. It is fair to say that without the Lomaxes, we would have almost no knowledge at all of the roots of what we hear. Popular music would be completely insubstantial.

An even deeper significance resonates throughout the collection, however. Virtually every recording, no matter where Lomax made it, is a call, in one way or another, for freedom–freedom to be the master of one’s own destiny, freedom to live and love and worship as one wants to beyond the reach of government and power. Freedom, that is, to express and interpret the human experience as one sees fit. Now in his 80s, Lomax told a reporter in 1991, “I found out that what I was really doing, and my father was really doing, was giving an avenue for people to express themselves and tell their side of the story.”

The collection will be released by Rounder in segments, and the first group of recordings, a six-volume set titled Southern Journey, arrived in stores a couple of weeks ago. My favorite at the moment is Volume 5, “Bad Man Ballads: Songs of Outlaws and Desperadoes,” in which we meet not the bank robber Jesse James, but Jesse James the tragic family man, as interpreted by a clear-voiced grandmother named Almeda Riddle (who says in a little introduction while the tape rolls that her great-grandfather and Jesse’s father were brothers). “Jesse had a wife who mourned for his life, and his children too were brave,” sings Mrs. Riddle in her sweet ballad (later reworked by Woody Guthrie into the bitter “Jesus Christ”), “but a dirty little coward they called Robert Howard laid Jesse James in his grave.”

Volume 6, “Sheep, Sheep, Don’tcha Know the Road: Southern Music, Sacred and Sinful,” also offers wondrous music that walks the line between the soul and the devil. But all of Southern Journeys is marvelous: Volume 1 focuses on a broad range of Southern styles; Volume 2 comprises ballads and breakdowns collected by Lomax in Southern mountain communities; Volume 3 is work-songs and blues (including “61 Highway”); and Volume 4 is Southern white spirituals.

A Lomax Collection sampler CD is also available but maddeningly, if necessarily, incomplete. Listening to it is like trying to deduce all of Bach from a couple of toccatas, sonatas, and fugues. However, the sampler comes with an excellent 72-page booklet introducing the Lomaxes, their work, and the collection; it also includes a wonderful article, “Saga of a Folksong Hunter,” that Alan originally published in 1960. Photographs, too, grace the booklet, including one gripping shot of a pensive, nearly angry Woody Guthrie playing the guitar that’s pasted with my favorite bumper sticker of all time: “This Machine Kills Fascists.”

It’s not often such a trove of cultural wealth can be brought into your home. Other collections of the past–the Folkways, Caedmon, and Columbia World Library LP catalogs, for example–provided good introductions to world music, and now the Smithsonian has an excellent program, but nothing on the scale of “The Alan Lomax Collection” has ever been made available. Buy the first six volumes and the sampler now, and begin saving for the rest of the series.

In music, this is who we are.